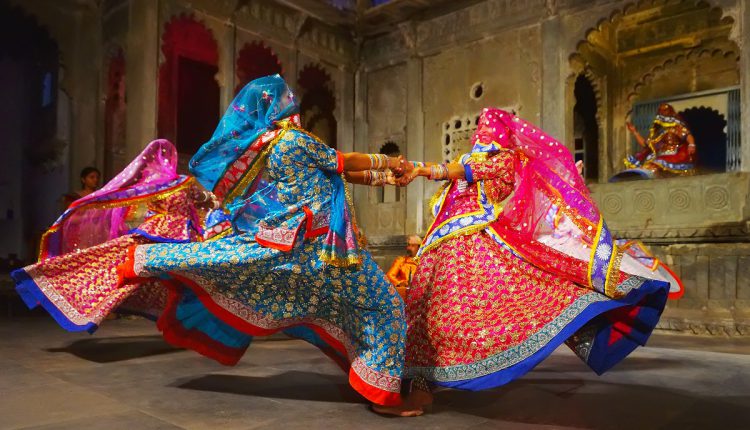 Once there used to be a prince named Dhola in the Narvar region of Rajasthan who got married to Maroo, the princess of Poogal during his childhood. However, he lost his father to an illness and eventually lost memories of ever being married. As time passed, he got married to Malwani, a princess from another Rajasthani region.

Maroo kept waiting for her prince. Many messengers were sent by the king of Poogal to remind Dhola of his marriage, but Malwani would not let any message reach her husband. Then, the king of Poogal hatched a scheme and sent some folksingers to the kingdom of Narvar, and through their songs, they were able to rekindle the forgotten flames of memories in Dhola.

Dhola realized his mistake and went to Poogal to bring Maroo with him unaware that Umar Sumar, who wanted to marry Maroo would not let him have his way so easily. Dhola asked for forgiveness and both Maroo and he left to go back to Narvar. But there were many hurdles that they had yet to overcome.

On the way, a serpent bit Maroo. Thinking that he had almost lost her, Dhola started crying and was about to set himself on fire when a group of saints came to the rescue of the couple. They blessed Maroo with long life, and she regained consciousness. Moreover, they also gifted the duo a magical carpet before leaving.

As the husband and wife continue on their journey, Umar Sumar attacked Dhola. However, the pair escaped the clutches of their enemy by riding on the flying carpet that the saints had presented them.

At last, the newly reunited couple managed to reach Narvar where they received an extravagant welcome. Dhola’s second wife, Malwani also apologized to Maroo and promised to treat her as a sister.

Dhola and Maroo lived happily ever after.