No, It's not due to gas leak, it was durian behind the scare. 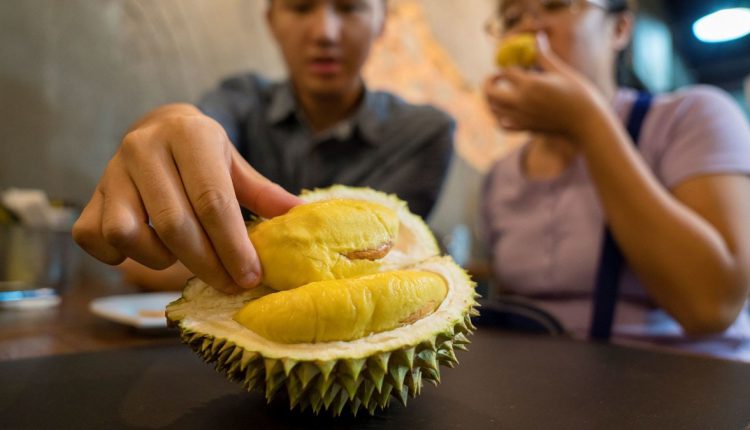 The world’s smelliest fruit, Durian was the culprit behind the disruption of studies in University of Canberra library. The University officials suspected it to be a gas leak and called the Fire officials and evacuated the building.

Here’s How the Story Unfolds?

Students in a university library in Australia smelled dangerous gas leak on 10th May. Soon after panic spread and the officials immediately vacated the building. Fire officials were summoned immediately, and after an hour of search, they uncovered the source of the stench as a piece of durian fruit which had been left in one of the dustbins.

This tropical fruit from Southeast Asia has a unique sewage-like scent, but locals and some people consider this a delicacy. It has such strong, pungent smell that many countries have banned it from public transport, official building like university campuses, and hotels. The University of Canberra Library is the latest to ban this fruit. 6 Things You Need to Know About Durian

It’s the king of fruit.

The size (sometimes it goes up to 7kgs) and the taste – Yes that’s what prompted the people in Southeast Asia to make this the king of fruit.

It is Singapore’s official fruit.

Singapore has paid homage to its official fruit by inspiring the architecture of the famous Esplanade building next to Marina Bay. The building’s architecture looks like a durian that has been cut in half. There are over 30 varieties of Durian.

Native to Malaysia, Indonesia, and Borneo, Durian has about 30 varieties. Today the fruit is also cultivated in other Asian countries including Sri Lanka, Southern India, Vietnam, Cambodia, Thailand and the southern Chinese island Hainan.

Dual face – It is both a vegetable and a fruit.

Raw durian is cut and cooked like vegetables. The ripened fruit is soft and sweet. Traditionally, Durians are eaten when they fall to the ground on their own accord.

The fruit is exceptionally healthy and is naturally rich in iron, vitamin C, and potassium. Durian is a miracle fruit for muscle strength, skin glow and health, and blood pressure. One small Durian contains 23g of dietary fiber which is equivalent to what you need daily.

The unique look and smell have made this fruit unwelcomed on public transport in many countries including Thailand, Japan, and Hong Kong. Singapore has banned Durian in public transportation, and even taxis have signs that indicate Durian is banned.

Smelly or not, Durian remains a personal favorite for many.