Umrah Trip – A Complete Guide on the Journey to Solace 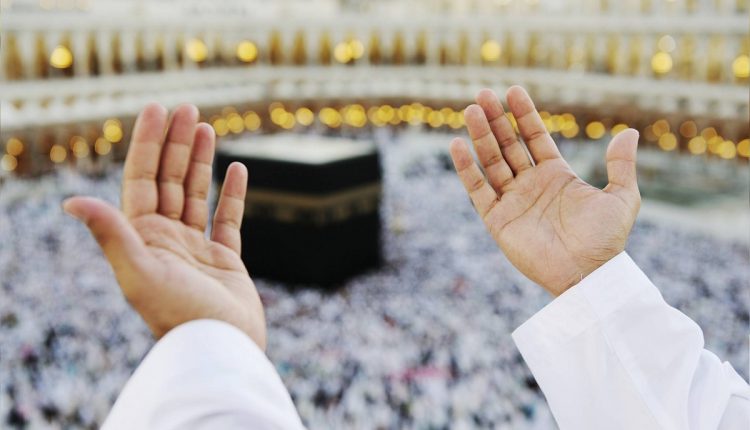 What can be more pleasing than performing Umrah? Of course you can say hajj but with limited resources, limited time and more convenient trip will be Umrah.

God has honored me of visiting the sacred and holy places twice in my life, so I would be sharing the the necessary information with you to make your journey easy.

Umrah is similar to Hajj but can be performed at any time but many perform the Umrah during the holy month of Ramadan.

Unlike Hajj, Umrah rituals are shorter and simpler. These are the essential steps of Umrah:

• Enter into Ihram (state of purity and devotion) by washing your body and donning Ihram garments.
• Recite the Talbiyah in the miqat station to declare intention to make the pilgrimage.
• Travel to Makkah.
• Enter Al Masjid Al Haram (Holy Mosque) and perform Tawaf – circling the Kaaba seven times in a counterclockwise direction.
• Perform Sa’ay – walking 7 times between the hills of Safa and Marwah beside the Kaaba.
• At the end of Umrah, men exit from Ihram by shaving their head (taqseer). Completing Umrah for women requires cutting off a short lock of hair. Note that while you can perform this pilgrimage at any time of the year outside of Hajj, international pilgrims still need Umrah visas and must travel with authorized tour operators. Saudi and GCC nationals do not need special permits for Umrah.

Places to Visit During Your Umrah Trip

Of course, when you are on your Umrah and performed all the rituals, the desire to walk around and see the places to expand all the blissful memories of this sacred visit is unavoidable. I have listed up some of the must-visit places of the sacred cities which you can easily check-list them within your travel diary. Every Muslim wants to be at the place where Allah revealed the first words of Quran to His Apostle. The cave of Hira of this mountain is the confirmed place where the Holy Spirit Jibrael AS and the Prophet Muhammad (S. A. W) first encountered. Who doesn’t  want to prostrate and put his forehead in sujood where once Allaha’s Apostle prayed.

This is the place without which hajj is incomplete. Every year, thousands of the pilgrims came here to perform hajj rituals but you can visit this sacred place in trip of umrah as well za

It is the religious graveyard where several of the companions of Prophet Muhammad from Mecca are resting in peace. The grave of Khadija (May Allah be pleased with her) is also lying in this holy graveyard. It is located in the way of Mina. The graveyard of the pious people who took a great part in the glory of Islam should be on the checklist while you are off to the sacred city.

The place that witnessed a true deed of companionship as Cave Suhr has the privilege of providing stay for one night while Allaha’s Apostle and Abu Bakr RA were off to Medina.

The most divine place after the House of Allah “Masjid An Nabawi, where the last Prophet of Allah is resting in peace. This mosque was first built by the Apostle himself.

The soulfully elevated building of Al Quba mosque lies on the outskirts of Madinah. Prophet Muhammad stayed here after his arrival to Madinah. Allah has mentioned this mosque in Surah Tawbah Surah Taubah: Certainly a mosque established on piety from the very first day does more deserve that you should stand in it

This is the main cemetery of Madinah where almost ten thousand companions of Allaha’s Apostle, his family members, and pious Muslims are resting in peace. The martyrs of Uhud are also buried at this divine place.

This house of companion Abu-Bakar (May Allah be pleased with him) is present in Madinah. It has now been turned into a mosque. He was the first person who came under the fold of Islam.

This is a well which actually belongs to the companion Usman (May Allah be please with him). He bought this from its Jew owner who sold its water at high prices. Prophet said whoever bought this well from jew and give free water to Muslims would directly go to Jannah. amazingly this well  still hasnt been dried of water after 1400 years has passed

The home of companion Ali is also now a mosque. People having a great love for him can visit this mosque.

The home of the great Muslim Scholar Imam Bukhari is turned into a mosque to honor his efforts of doing vast research and compiling the true Ahadiths of Prophet.

The first Muathin of Islam and the most beloved companion of Prophet Muhammad (PBUH) “ Bilal RA hold a great place in every devotee’s™s heart. . His home is now a mosque.

Stay in Mecca and Madinah

There is a complete area of hotels near both of the Al harams. You will find wide range of hotels from budget to an expensive variety of hotels depending in your choice In Madinah the hotels are relatively expensive than hotels in Mecca but if you can walk some distance km 0.5 to 1 km or up to 2 km you will find relatively cheaper hotels i have listed below only 1 hotel which is the only hotel as per my knowledge a medium budget hotel and nearer to Masjid al nabawee

There are several restaurants near Grand al haram and Masjid al nabawee mosque mainly Pakistani, Indian, Bangladeshi and arabin restaurants nevertheless u will get fast food as well.

Travel is my passion and I believe nothing in the world can hold you back, if you really wish to travel.

Say Hello to September at These Travel Destinations

The Ultimate Bucket List For BFFs To Travel In Their 20s