Many mosques and dargahs around the world have been standing tall for centuries. Their beautiful yet intricately mastered architecture sheds light over the region’s rich glorious history. While much of these revered spaces of worship date long back, their architectural marvel and grandeur continue to attract people irrespective of their faith. From Sheikh Zayed Mosque in Abu Dhabi to the Blue Mosque in Istanbul, here’s a list of some of the most beautiful mosques ever made: 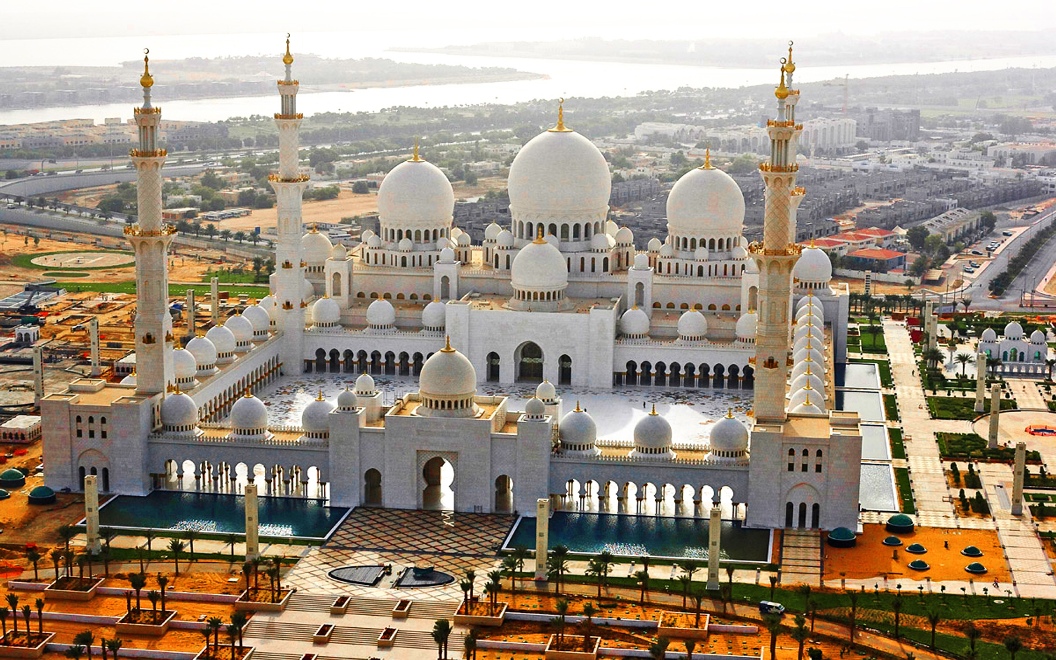 The magnificent Sheikh Zayed Mosque is the UAE’s largest mosque, with a capacity for 40,000 worshipers. The 24-carat gold gilded chandeliers, 82 domes, 1,000+ columns, and the largest hand-knotted carpet in the world things like these make this mosque elegant and extraordinary. Beds of bougainvillea, hedges of clipped Indian privet, date palms, reflective pools, etc. amplifies the beauty of the mosque.

Other Popular Mosques in the UAE: 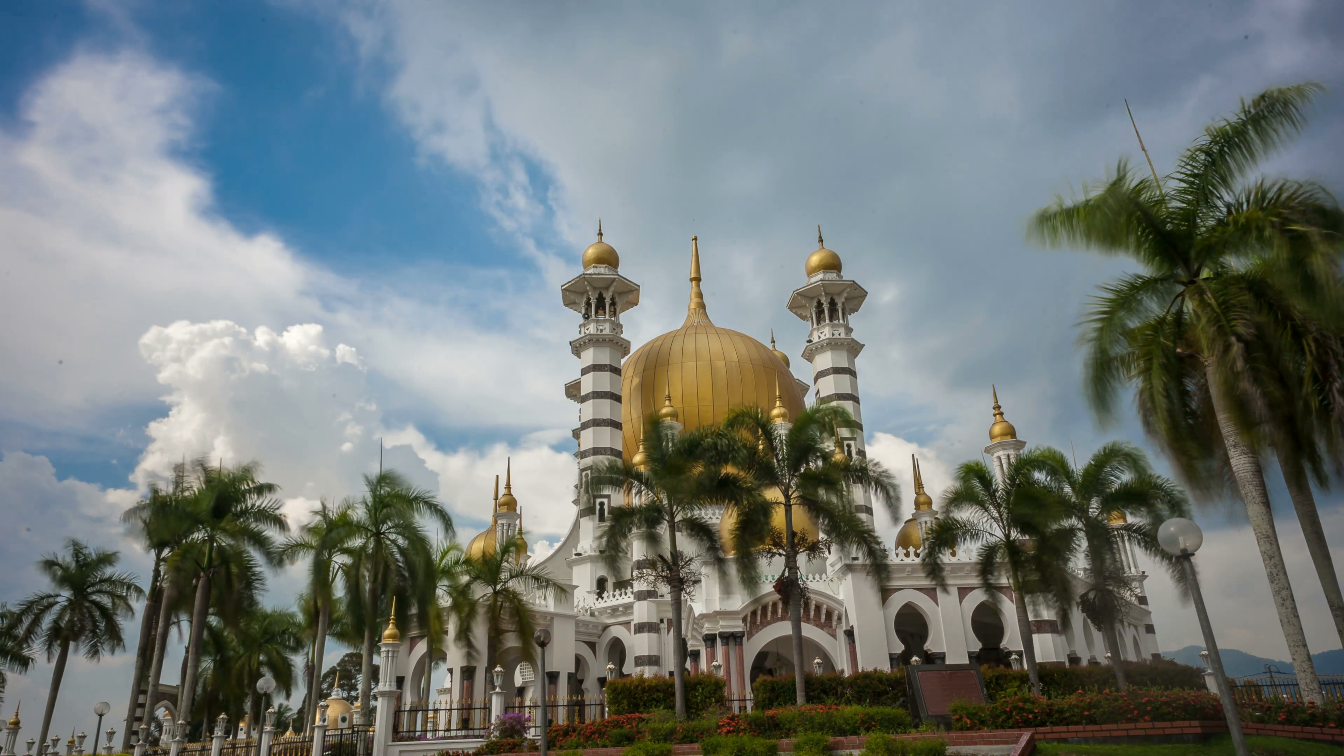 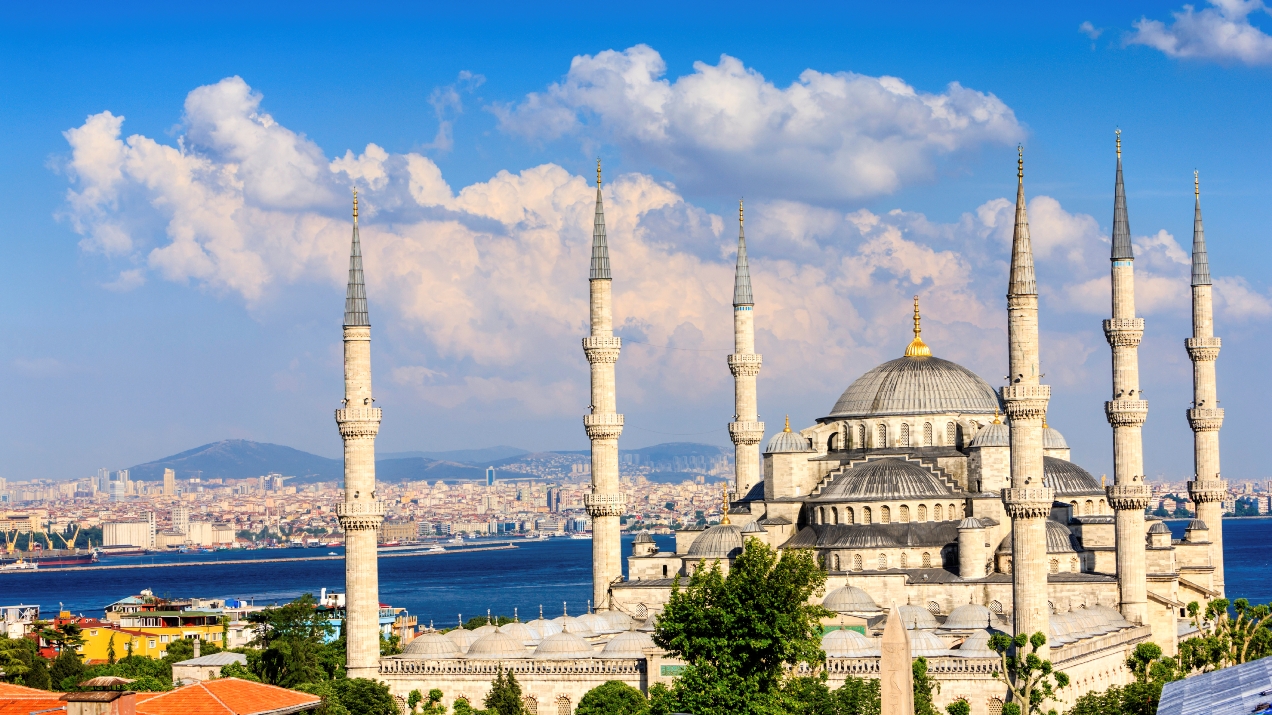 The Blue Mosque is an essential part of Istanbul’s skyline boasting six needle-like minarets. Built in the early 1600s under the reign of Ahmed I, the Ottoman ruler, the Blue Mosque is a must-visit attraction for anyone exploring the majestic Istanbul. The mosque features tomb of its founder, inspiring courtyards, hospice, and a madrasa. Inside, the domed ceilings are decorated with a glittering mosaic of 20,000 famous blue Iznik tiles.  Various abstract patterns make the mosque truly breathtaking. 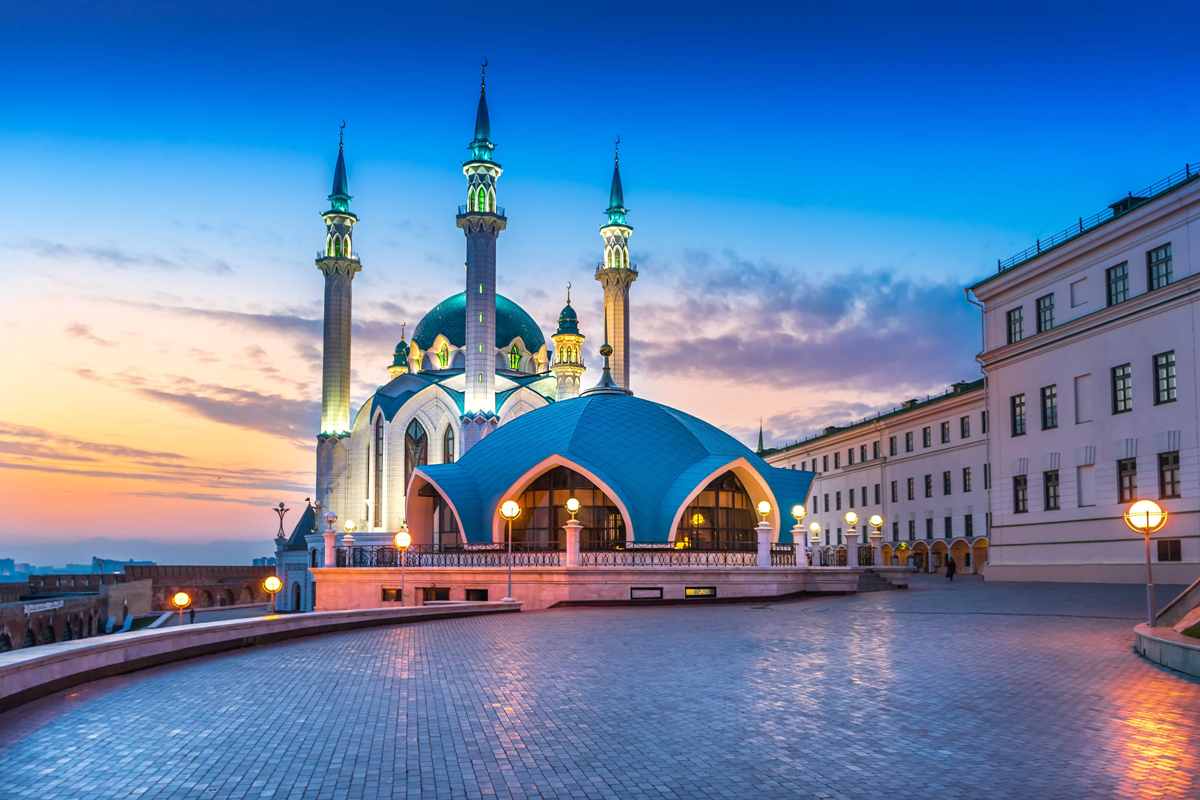 Disney-like castle, Qolsharif Mosque seems to a magical attraction of Kazan. It seems more like a legendary palace of princess but the minarets and crescent moons indicate it something unique. Built in the 16th century, Qolsharif Mosque is a part of the World Heritage site, i.e. Kazan Kremlin Historic and Architectural Complex. Kazan’s iconic Qolsharif Mosque can accommodate 6,000 worshippers and features more minarets more than any other mosque in Russia. 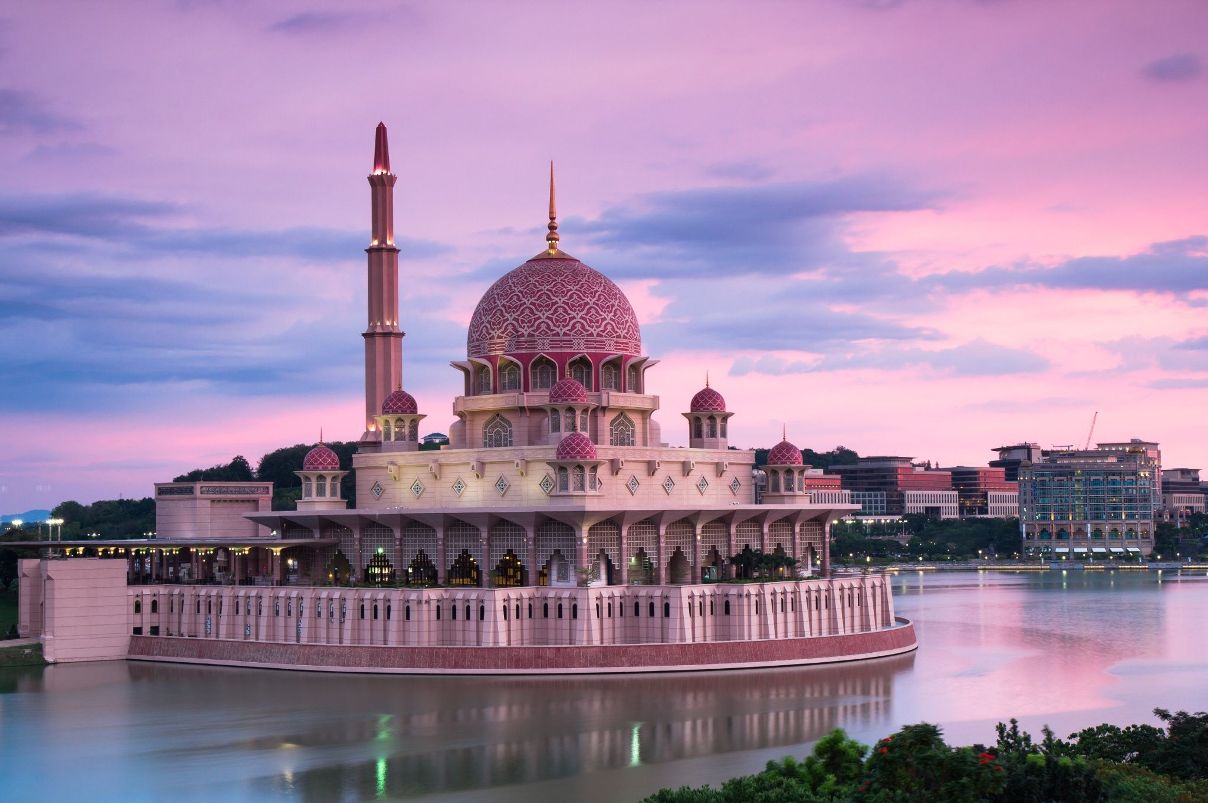 The pink-domed Putra Mosque is located on the gorgeous Putrajaya Lake offering picturesque views. The Putra Mosque was constructed with grandeur rose-tinted granite and it has a capacity of 15,000 worshippers.  Its architecture blends both traditional Malay design and Middle Eastern elements. The main functional areas of the mosque include prayer hall (the Sahn), various learning facilities and function rooms. You can catch the glimpse of the Putra Mosque wherever you go in Putrajaya. 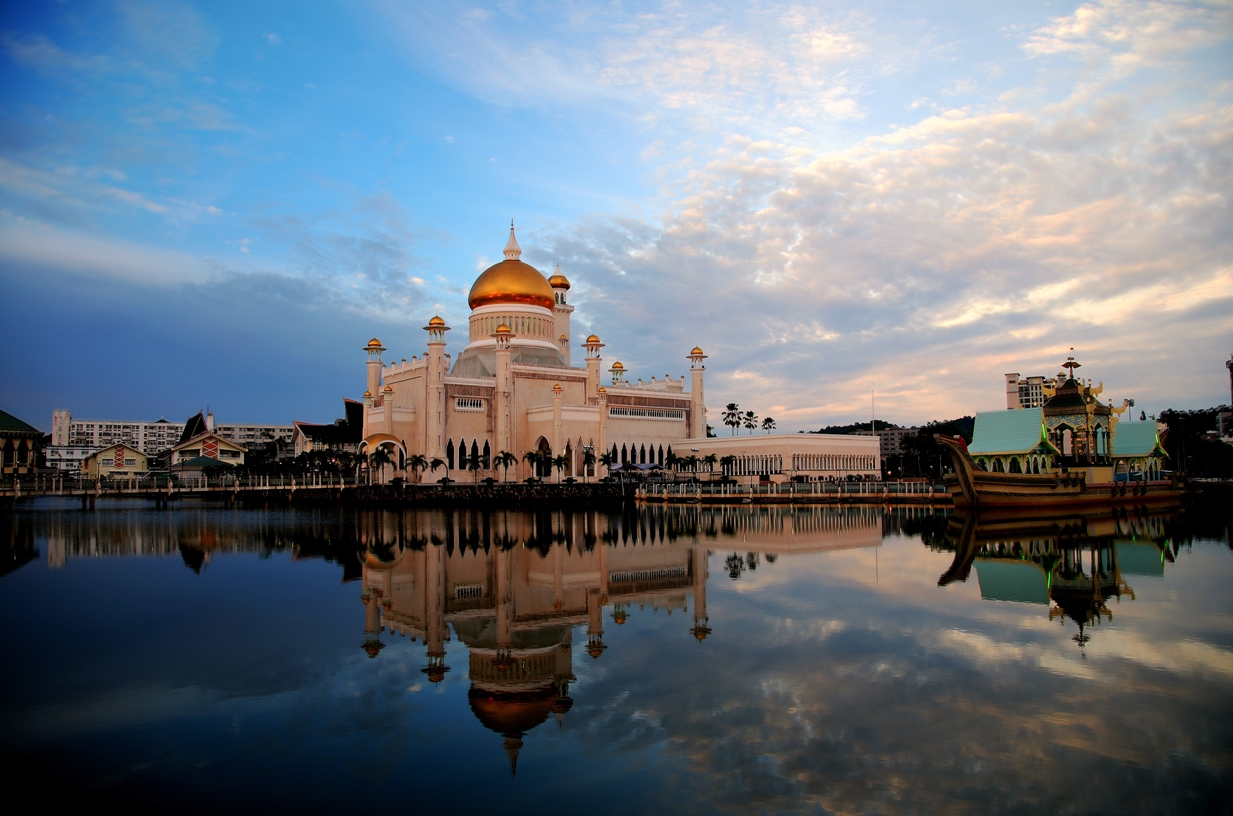 Located on the beautiful banks of the Brunei River, the Sultan Omar Ali Saifuddin Mosque dominates the skyline of the Bandar Seri Begawan city. The mosque can accommodate 3,000 people. It is country‘s major landmark and ranks among the top and prominent Islamic architecture in Southeast Asia.  Dress modestly in long pants and shirt covering your shoulders before visiting the mosque. 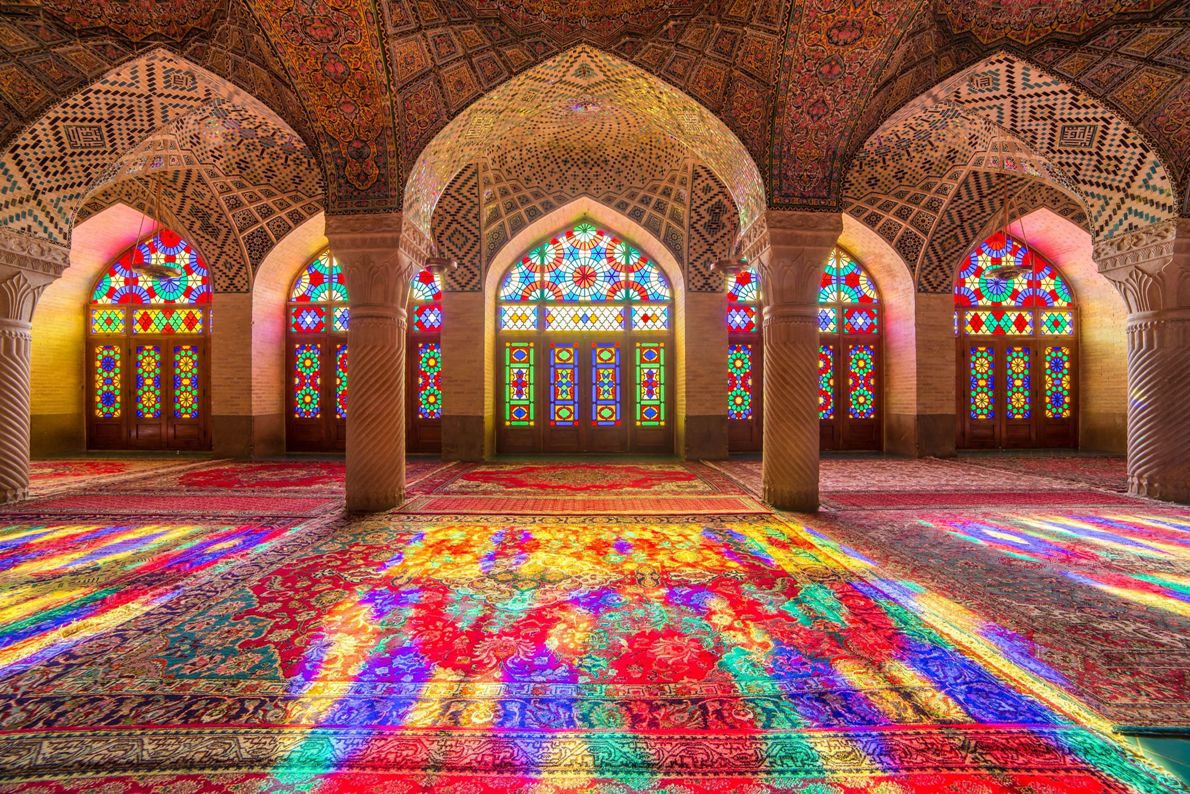 Nasir-ol-molk Mosque is a vivacious and traditional mosque located in Shiraz, Iran. The mosque showcases extravagant and lavish decoration boasting intricate kashi tilework throughout the minaret. The huge stained glass windows turn the inside of the mosque into a wonderland of vivid colors which is absolutely breathtaking. For its extensive use of rosy hue, Nasir-ol-molk Mosque is otherwise known as the Pink Mosque. However, you can see plethora of hues that add more elegance to the mosque.

With crowning domes, intricate interiors, and spiraling towers, mosques are some of the most jaw-dropping structures one can visit. Plan your trip to one now.