Being the second smallest province in Saudi Arabia, Jazan Province has the largest population density in the nation. It is situated along the Red Sea’s shore, not far from Yemen. The city of Jazan serves as the province’s capital.

You may enjoy a range of breathtaking natural beauties in Jazan Province. This province stands out from every other region of the nation because it provides a wide variety of natural sceneries. There are beautiful beaches, a clear blue sea, uninhabited islands, and high, lush mountains. This area lacks distinctive Saudi Arabian desert sand dunes. However, there are only a few small, white sand dunes beside the beaches instead.

The area’s position on the Red Sea coast has significantly impacted its history. Jazan is strategically situated next to Bab Al-Mandel, a maritime choke point. Empires and kingdoms from every age have been very interested in the area because of this place.

Bronze Age artifacts found close to Jazan city have been identified. This region served as the birthplace of several ancient kingdoms, including the Persian, Egyptian, Roman, and Nubian dynasties. Through the Red Sea, the Romans increased marine trade, and this area was essential to supplying the vast Roman legions. 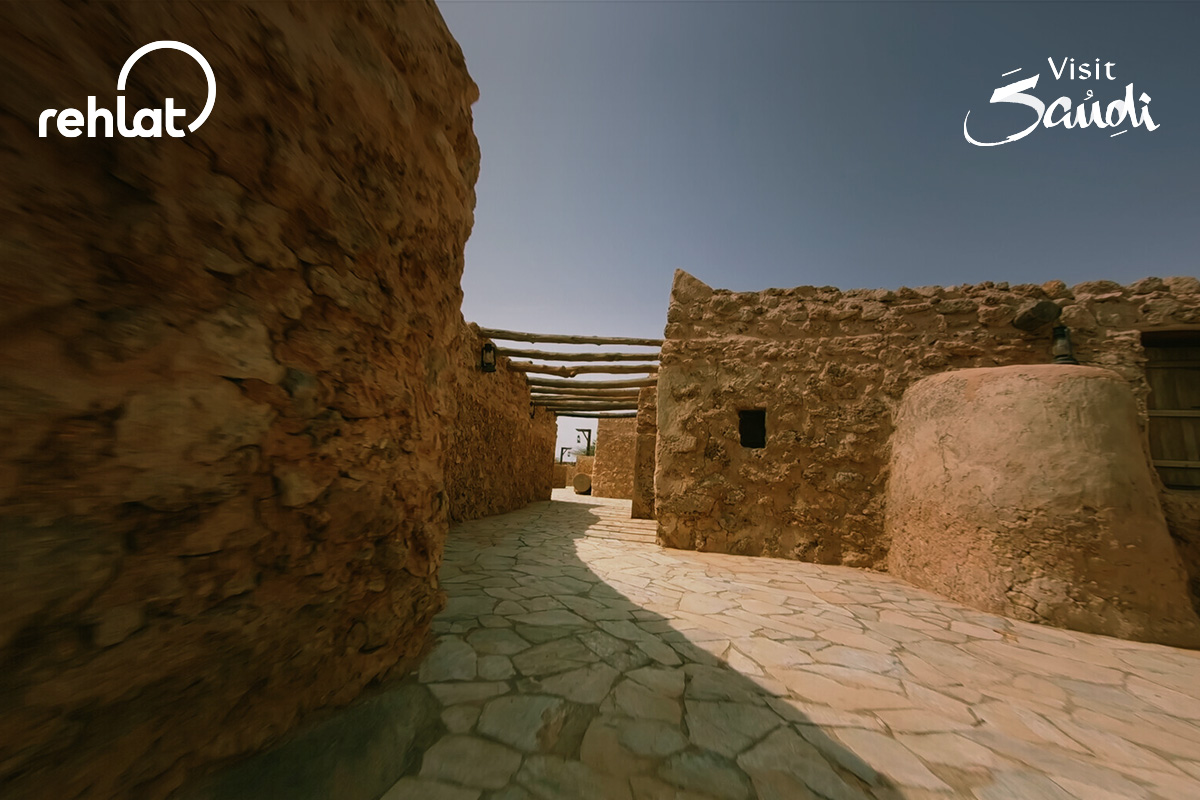 In the seventh century CE, the Jizan Province joined the Muslim Empire. Many forts were constructed in the area during the Ottoman era. The forts on the Farasan Islands and Dosrih are excellent examples of their architecture. Due to their advantageous position, the Germans constructed a fort on the Farasan islands during World War II.

Jazan Province is blessed with stunning landscapes. It’s an oasis for countries like Saudi Arabia because of the sheer range of various landscapes and climates. The region is separated into three primary geographic regions.

The annual Janadriyah cultural and historical festival, which takes place close to Jeddah, has a unique Jazan Heritage Village that provides a fascinating look into the Jazan Province’s culture. The best of the region’s offerings are highlighted in this village, which is updated annually. Here, you can also see the distinctive Farasan Island homes with their ornamental roofs and higher windows. These homes are constructed of hay, mud, wood, rope, and other locally sourced materials. This festival also emphasizes the area’s lengthy history.

Events like these have significantly increased interest in Jazan Province as a top tourist destination. Visiting the province may get a close-up look at the vibrant local culture.

Dr. Ali Mohammed Awaji Museum is a well-known museum based in Jazan. The collection of objects at this museum spans thousands of years. The crafts, vases, pots, and tools all date back to more than 5000 years.

Ibrahim Moftah, a writer and historian, privately owns the museum. This museum is a veritable gold mine of records and artifacts illuminating pivotal periods in the history of the area.

The owner has assembled substantial collections of ancient tools and artifacts for the museum. They have everything exhibited in historical sequence, from everyday tools and crafts to weaponry. 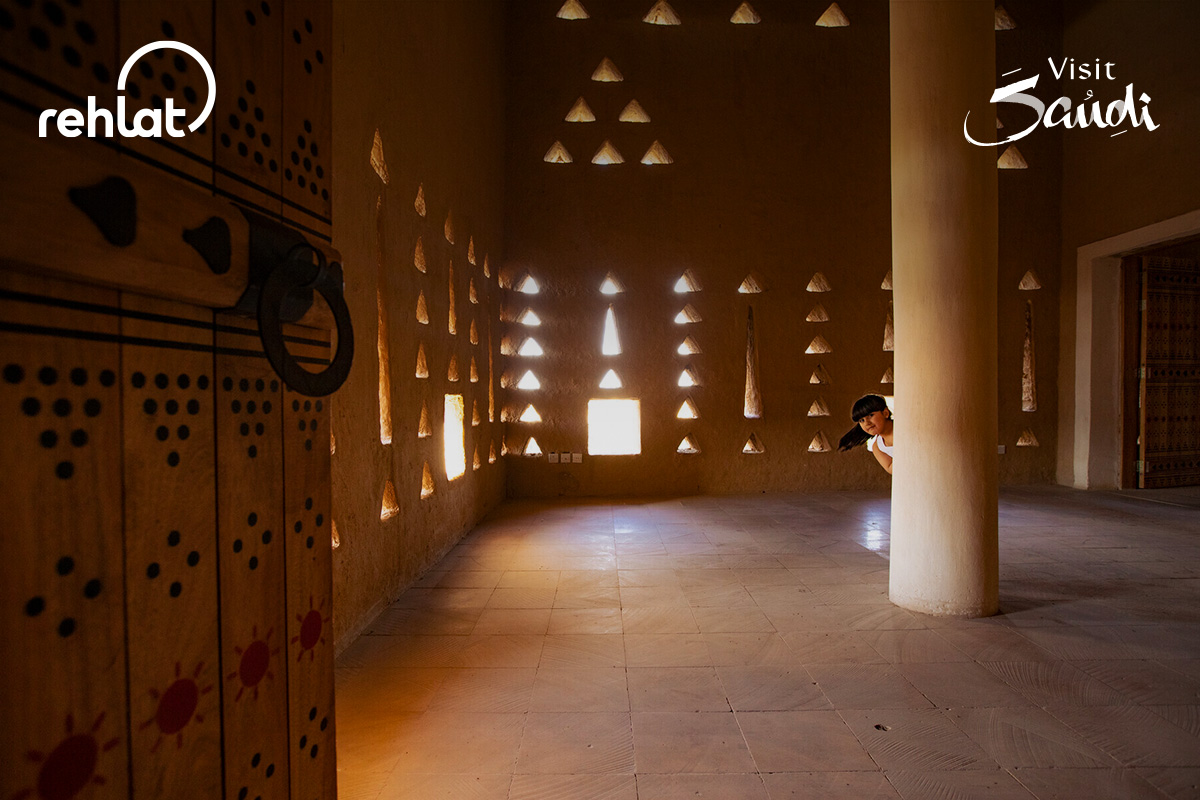 This museum, close to the Al-Adrasah archaeological site, is a component of the Ministry of Education’s network of museums. Along with antique maps and pictures of the surroundings, it also has a sizable collection of artifacts, including jewelry, weaponry, paintings, and manuscripts from long ago.

This museum, which has thousands of marine life specimens, including rare and intricate seashells, fish, and turtles, is regarded as one of the most significant natural history museums in the area.

This museum focuses on items used mostly by the locals, such as women’s attire, cooking utensils, various furniture pieces, and instruments for preparing coffee. 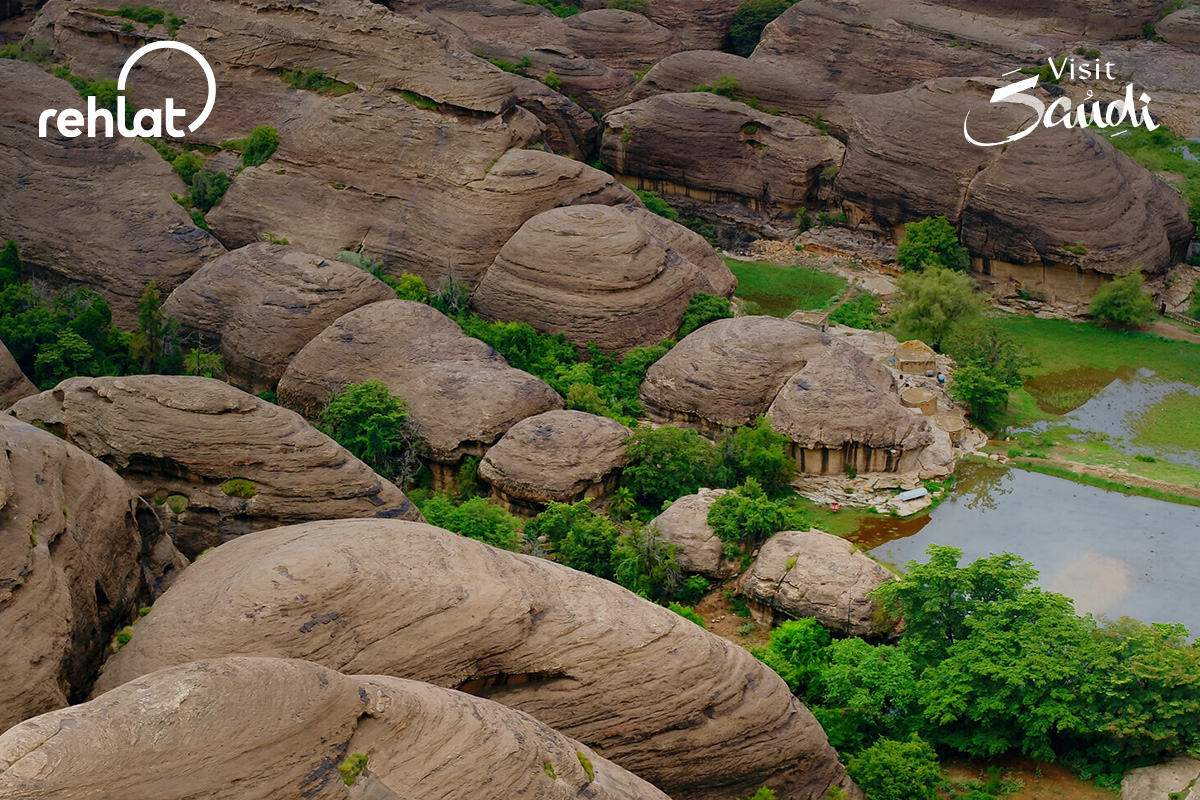 In the neighborhood of Jazan, a valley called Wadi Lajab is tucked between two massive mountains with steep sides. The Wadi Lajab canyon was created naturally as a result of earthquakes and volcanic activity over millions of years. Visit the valley if you want to witness nature’s beauty at its most spectacular. Tall rock walls, meandering roads, water streams, wide areas of lush flora, stones, wildlife, little waterfalls, and freshwater ponds will meet you as you approach the wadi. The valley appears to be suspended in midair due to the heavy growth of creepers and moss covering both sides. At around 200 meters above sea level, olive and palm trees may be observed. It offers fresh water more frequently than any other wadi in Saudi Arabia. 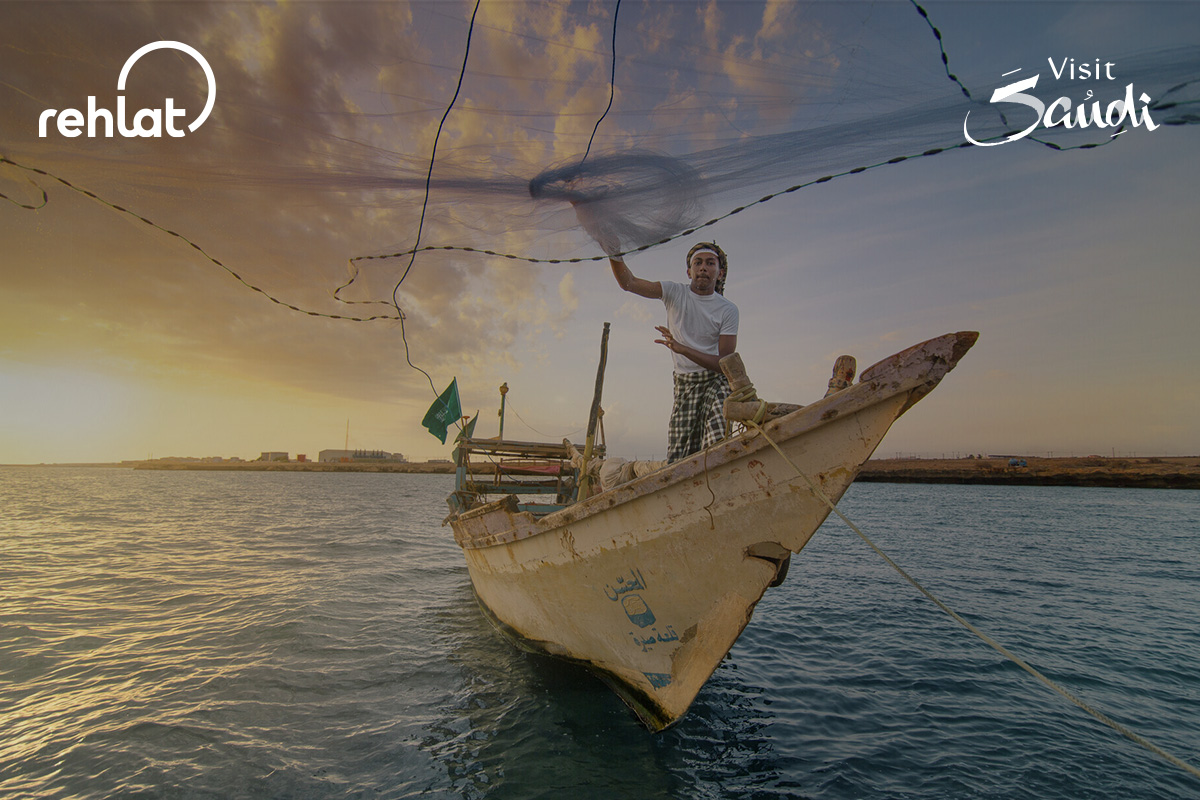 Jazan is located 40 kilometers away from the Farasan Islands (or a 30-minute boat ride). The Farasan Islands were designated a protected area by the Saudi Wildlife Authority in 1996 due to their outstanding biodiversity. The coral reefs on these islands are immaculate and perfect for thrilling scuba diving. To capture a variety of fish species, you can indulge in fishing. While on the island, see swarms of world-class birding species soar over your head, including the white-eyed gull, crab plover, and sooty falcon. The Farasan gazelle, an endangered species, may be seen on land.

The high mountains of Fayfa are renowned for being over 2,000 meters above sea level and are referred to by the locals as “The Neighbors of the Moon.” Southwest Saudi Arabia’s Jazan Province is home to Fayfa. These mountains’ granite structures are adorned with lush flora and various terraces for farming. The many farms scattered across the highlands are well-known for their very lofty peaks and verdant terraces. Additionally, the most famous crops farmed there are maize and coffee. Mountains circle each other. Thus, from a distance, the mountains seem as a single pyramidal peak. 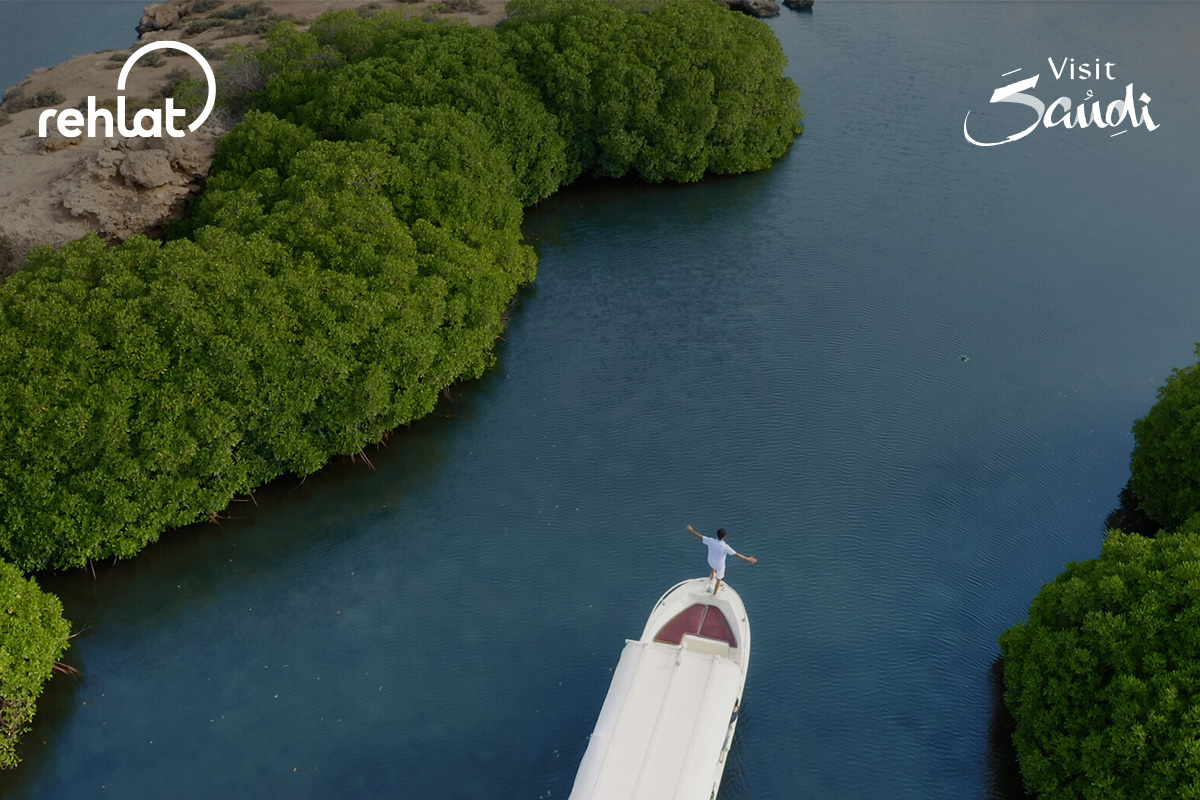 Al Marjan Island offers its guests a sense of leisure and relaxation as they lounge on its sandy beaches and take in the breathtaking marine environment. It contains one of Jazan’s most beautiful gardens, making it a popular destination for family picnics. Many people choose to unwind in these random picnic spots scattered across the grounds. On Al Marjan Island, you may relax while admiring the lovely sea views and beaches. Sports and bicycles are further alternatives. There are many sports fields and a play area for kids where they may have fun. It invites eager visitors to witness the breathtaking and unmatched vistas of the Red Sea.

If you wish to travel by air, try the nearest airport is Jazan Regional Airport (GIZ) which is in Jazan city at a distance of 47kms. Other nearby international airports are Abha (AHB) and  Aden (ADE), and regional airports like Nejran (EAM) and Bisha (BHH) to reach Jazan.

The taxi from Jazan (GIZ) airport to Jazan city center takes 5 min. Uber is always the best option costing SR9 (2.4 USD), which is less than traditional taxis. This transportation can bring you to any destination in Jazan.

Winters are approaching and you don’t want to be frozen in snow. Isn’t Jazan’s climatic conditions perfect for a winter vacation? If you agree with us then book your tickets with Rehlat and get an exclusive airfare promotion to save up to USD 25 on flights. Use SAUDI as your booking code to avail the discount. In addition, use the code STAY12 to save up to 12% on hotels in Jazan, Saudi Arabia.