Rich in history, culture, and cuisine, Al Jouf region is one of the oldest inhabited areas of the Arabian Peninsula. It is located in northern Saudi Arabia on the border with Jordan and was considered historically significant as a stop along the Incense Route. Al-Jouf is significant because of its position as the largest land port in the Middle East and northern Saudi Arabia. Al-Jouf has served as a pathway for travelers and merchants between the Arabian Peninsula, the Levant, and Egypt.

When in Al Jouf, you get to unearth prehistoric artifacts dating back to the Stone Age. Explore local restaurants, as well as museums and castles rich in history. Al Jouf’s olive tree farming has gained praise in addition to the city’s reputation for its fertile soil and ease of cultivating crops. 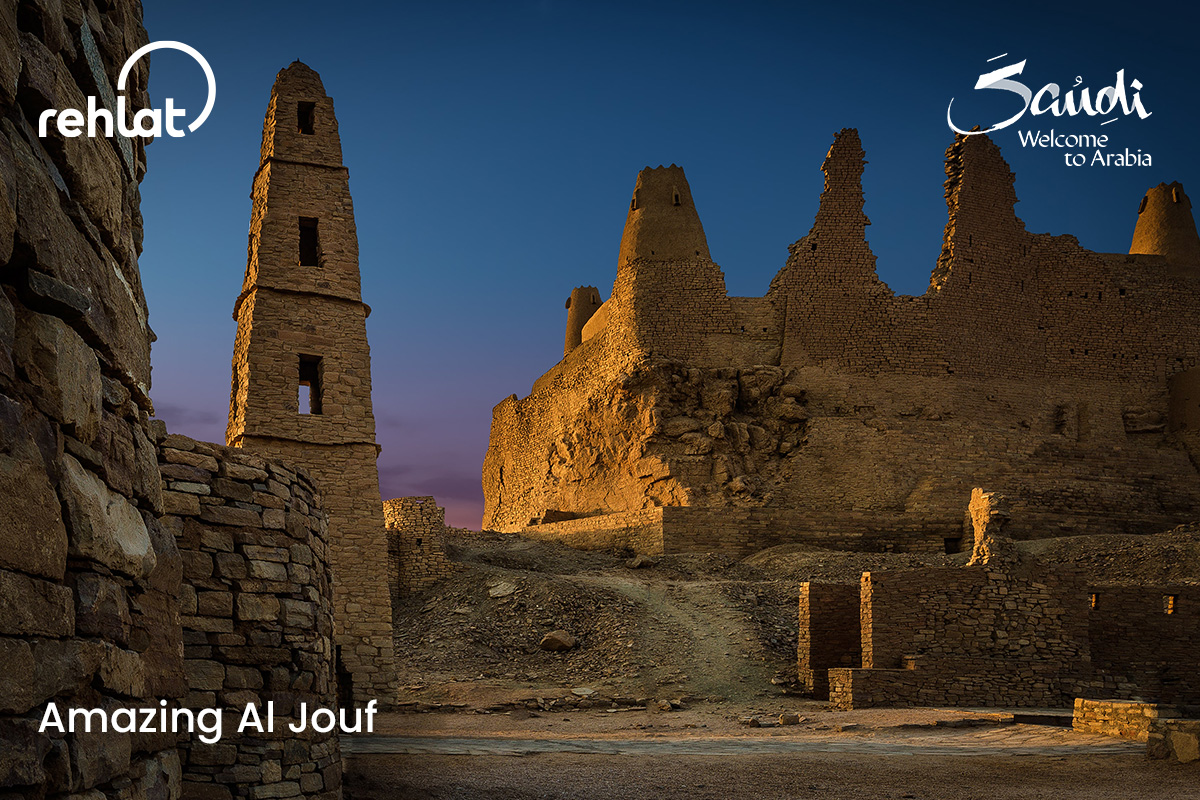 Located in the country’s northern region, the Al Jouf Agricultural Development Company is the largest modern olive farm in the world, with over 5 million olive trees. This feat found its roots in 2007 when Al Jouf started planting olives which is a staple in Arabic cuisine. These farms single-handedly produce an annual output of around 15,000 tons of olive oil, a feat so big that it was honored with a position in the Guinness World Records.

About 67% of Saudi Arabia’s olive oil comes from Al Jouf Province. Besides grapes, apples, and potatoes, the province also produces wheat, barley, and a variety of vegetables. This significant area is known as the “Food Basket of the Kingdom” because of its importance in meeting the food requirements of the country.

Do not pass on the chance to eat at a restaurant serving dishes made with olives and olive oil produced in this region and plan a winter trip to be a part of cultural, social, recreational, and educational events. Painting contests and seminars about olives growing are only some of the highlights of the annual two-week Olive Festival, which takes place in January.

Even the name, Al Jouf, alludes to the area’s extraordinary topography. Jouf means “cavity” in English which refers to the broad valleys and seasonal stream beds in this area. Large expanses of flat land and mountainous regions can be found across the province.

There are a variety of lava fields, hills, and mountains in the region. This area also includes the Great Nafud desert. It stretches from the western edge of the province to the eastern edge of the Ha’il province. The Sirhan Valley is just one of many valleys in this area. Dumat al-Jandal Lake is another prominent natural attraction in the region.

The ancient military fortress of Dumat-al-Jandal city may be traced back to the first century AD and is situated towards the southern end of the city. The castle majestically sits on top of a hill, some 600 meters above sea level. Marid Castle stands on a ridge of natural limestone and looks down into the valley that is home to the medieval oasis. Discover two wells, guard quarters, a shooting range, and an observation room inside the castle.

Marid Castle can be quite an adventure in itself. You can undertake a massive climb of 1,000 twisting steps to reach the peak of Marid Castle. While climbing up the stairs, explore the Nabataean era’s excavations, pottery fragmentation, and archaeological layers. The palm groves, lush pastures, olive trees, and grapevines in this area will provide you with a fantastic experience.

Exploring the mysterious Rajajil columns is like taking a trip back in time to ancient Arabia. It is located in Sakaka city. Over fifty groups of standing monoliths carved from ochre sandstone make Rajajil, also known as the Stonehenge of Arabia. The ancient stones were once considered to have astrological purposes, but they are now understood to be graveyards. These stones have inscriptions in Thamudic, which was the language and literature of the Thamudic tribe.

Zaabal Castle has elements from the Nabataean era, even though the current building dates back 200 years. This fortress, perched high on a mountain to the north of Sakaka, overlooks a network of artesian wells that have provided the city’s residents with potable water for centuries. Four towers, joined by a single wall, make up the fort and offer a breath-taking vista of the metropolis below.

The Dumat Al Jandal Lake is one of the region’s greatest attractions. Being the only lake in the country, it has become a popular destination for tourists interested in hiking, jet skiing, and other water activities. The lake’s location in the middle of a desert makes for astonishing scenery.

Located on a hill to the north of the Kaf hamlet in the city of Al Qurayyat, the Kaf Palace is a popular tourist destination. Numerous palm groves, mud huts, a stone mosque built in the classic Islamic style, and other historical sites dating back to the Nabatean era may be found there. This beautiful building can be seen in the historical scriptures in the name of Ibn Shaalan Palace.

Al Jouf is a bustling region with a myriad of activities that one can indulge in:

Camp in between the mountains and gorges of Al-Khanafah Protected Area. Wake up to stunning views of mountains and exotic birds and mountain Gazelles.

Engage in leisure fishing in Harrat Al Harrah Protected Area. The area creates multiple deep ponds and medium-sized waterfalls that effectively house aquatic ecosystems with various exotic fish species. You can hike up the volcanic mountains in this area and witness panoramas of water.

Get a Taste of Traditionalism in Food

Al Jouf’s rich cultural and culinary past reflects its historical significance. Mansaf, Bakeela, Jareesh, Sheesh Barak, Hamees, Tashreeb, Tedmaj, Marees Drink, and a whole lot more are just a few of their well-known delicacies that you have to try. These delicacies can be meat-based main course dishes or date-based desserts. You may find these traditional dishes at any restaurant, from a roadside stand to a five-star establishment.

Breakfast options in the Eastern Province are as varied and delicious as the province itself. You may start your day at one of the many venues, from modern diners to classic Arabic cafes, each serving its unique take on the morning meal.

Soufragy – Get treated to seafood and Egyptian cuisine.

With amenities like badminton court, hot bath and central location, Raoum Inn Sakaka is a popular stay. Al Qurrayat’s Hyatt Alfursan Hotel with its garden and heated pool also is an option.

How to reach Al Jouf?

Sakaka is a city in Al Jouf Province that has Al-Jouf Regional Airport Various airlines provide service to this city, including Air Arabia, Flynas, Georgian Airlines, Nesma Airlines, Nile Air, and Saudia. Cairo, Riyadh, Tbilisi, Jeddah, and AlUla are just a few locations from which are connected to Al Jouf through flights. 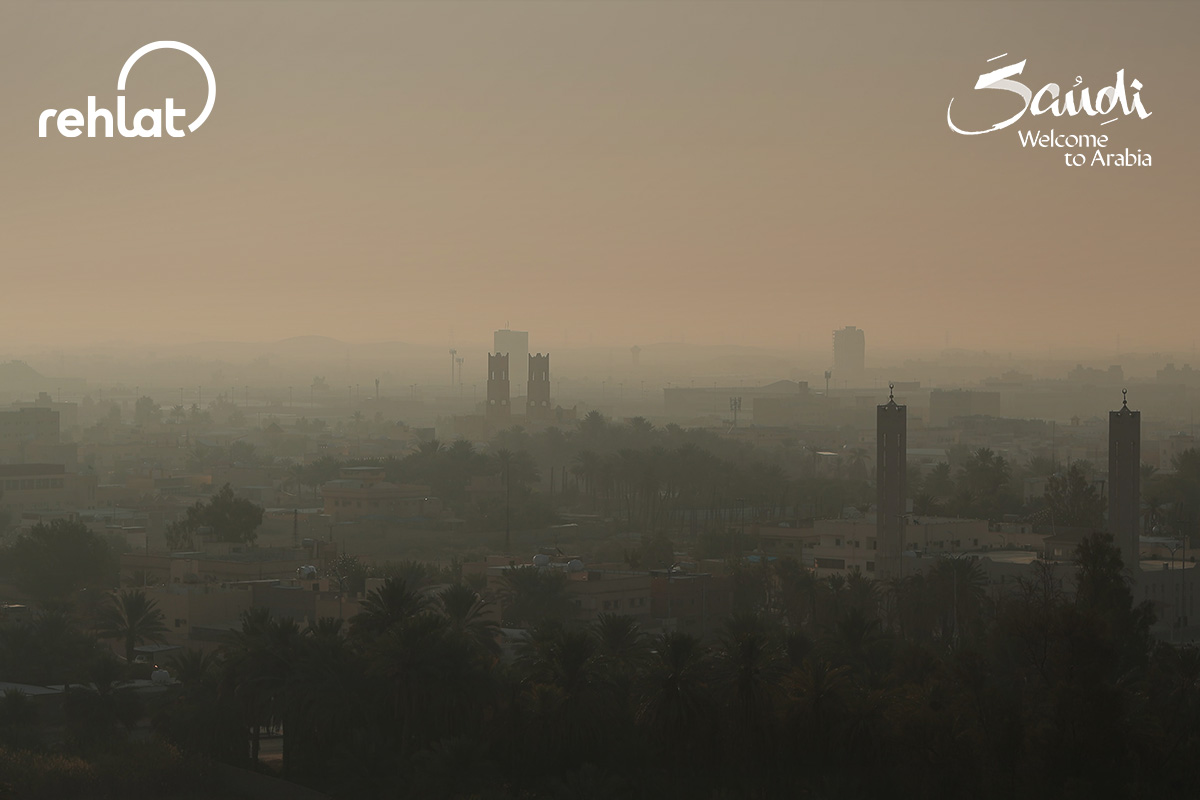 A place with rich history

If you are curious about the most authentic Saudi Arabian culture, Al Jouf should be your pick! Use Rehlat’s special flight offer to save up to 25 USD on flights to the Kingdom. Use code: SAUDI while booking. Also, get up to 12% off on hotels in Saudi Arabia with code: STAY12.

Explore The Best Of Qatar Travel Scene In Just 7 Days