Unlock the wonders of AlUla Moments and participate in events and festivals that are unlike any other beginning in September 2022. Each of these festivals is intended to commemorate, unlock, and reveal the stories of AlUla and uncover its secrets to celebrate indigenous and non-indigenous cultures. You won’t just come away with memories of the breathtaking landscapes; you’ll also have experiences of freedom, exploration, excitement, and delight when you leave. 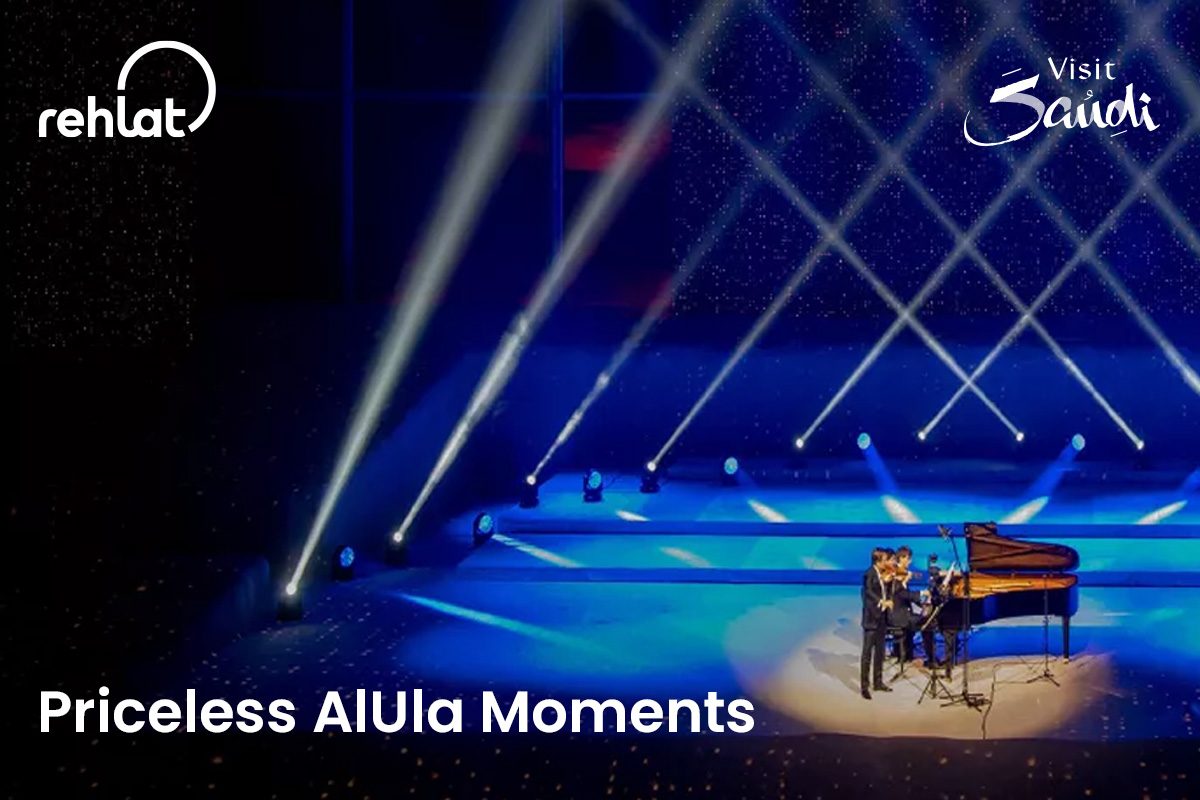 Dive Into The Past With Rituals, Art, And Delicacy

The event will highlight the city’s cultural, social, and economic character throughout its history. The ministry is committed to highlighting Jeddah’s historical and cultural aspects and the city’s rich national heritage. The most notable historical and cultural aspects of Jeddah city from the time before Islam up until the present will be on display at the Ancient Kingdom Festival.

Participate In The Historical Parade Of Pride And Culture

The guests of AlUla Moments would be greeted at the well-known market, dressed in traditional attire, and held in an open space with a historical heritage feel. Along with the involvement of merchants selling dates, cereals, fish, and bread, artisan vendors will showcase a variety of handcrafted goods, such as ceramics and vintage clothing.

Additionally, there will be artisans such as sculptors and carpenters, old and vintage cars, buildings, and equipment that will allow visitors to feel the ambiance of the great antique markets.

Get Entertained And Engrossed In Life-Size Displays

Following the traditional popular marketplaces, guests have an incredible visual interactive experience in the Visual Arts Gallery, which will integrate movies, pictures, models, and historical locations with cutting-edge technology into an instructive and interesting template. Using advanced and engaging technology elements provides the visitor with a thrilling historical and current experience.

There will be a theatrical production that, in a lighthearted manner, tends to provide glimmers into the shifts taking place in societal notions and lifestyles, as well as some contrasts between the past and the present. This will be presented in a neighborhood with all the necessary components, including stores, cafés, and seating places to reflect the most important contacts between individuals and the essential issues in their life.

Work Up An Appetite For Local Delicacies

There will be a mix of modern chairs and older ones used during the dining periods at the “Café and restaurant between past and present,” where vintage traditional refreshments like almond tea are served. AlUla legacy, historical significance as a hub of trade, and Bedouin customs all contribute to the country’s distinctive culture. Over the years, Saudi culture has changed, and its customs, hospitality, and clothing codes have all adapted to the contemporary world.

When Will The Ancient Kingdom Festival Be Celebrated?

The event will take place from November 11 to November 27.

How Is The Ancient Kingdom Festival Celebrated?

The event will draw its inspiration from the 7,000 years of successive civilizations that have existed on Arabian Peninsula, and the famous incense road trading route, which is mainly responsible for establishing AlUla as the bustling commercial and cultural crossroad that it is today.

Retreat Into The Muse

Throughout the course, the history of these cities will be covered, and it will be shown how, for millennia, they functioned as a crossroads for travelers, artisans, and thinkers. These locations are rife with stories at some of the earliest intersections of history that brought together explorers, intellectuals, and artists. There is no shortage of such narratives here.

Get An Insight Into The Representation Of Art And Culture

Visitors will learn about all three of these locations, each of which possesses its own geological and historical significance. Indeed a significant event you don’t want to miss in the AlUla Moments.

Local costumes, their chronological order in history, and the most significant changes that have impacted them will be highlighted in the “Fashion Through Ages” section, along with an explanation of the materials used in their production and a display of the costumes on models with a history of costume, the name, and some of its details. The event will incorporate immersive experiences at essential heritage sites around the Kingdom, such as the Hegra After Dark event.

Saudi Arabia was the culmination of a long history of civilizations capped by Islam’s religion, as well as an essential part of that history. As a result, the campaign aims to draw attention to Saudi Arabia’s artistic side, which is intertwined with its Islamic, political, and economic components.

Literary Resources Are Noteworthy For You To Browse

One of the oldest linguistic families in existence is the Arabic language family. The Arabic language was initially used in pre-Islamic periods by people living on the Arabian Peninsula. In the seventh century AD, Arabic became more widely spoken as Islam, and Islamic civilization grew.

The Grammy-nominated artists Abdulrahman Mohammed and Omar Khairat  will perform on November 10 as a part of the AlUla Moments concert series.

When Will The Winter At Tantora Festival Be Celebrated?

Winter begins at Tantora on December 21 and lasts until February 12.

How Is Winter At Tantora Festival Celebrated?

This year’s offerings include various activities, such as cutting-edge cuisine, high fashion, immersive arts, outdoor theatre, and many other exciting things. It features up-close performances by famous musicians from all over the world. It presents a wide variety of activities encompassing a variety of topics, including culture, heritage, and cuisine.

Premium Dining Will Allow You To Partake Antiquity

A new Citrus Festival will be held to highlight the products of Alula, and the Harrat Observation Deck, which will feature the Back to Black restaurant, will provide breathtaking views of Alula at sunrise and sunset from the summit of the Harrat Uwayrid.

There are very few locations left on this planet where one may still sense that they are an authentic explorer navigating the unknown. But in AlUla, which is deep in the desert in the northwest region of Saudi Arabia and was Saudi Arabia’s first UNESCO World Heritage Site, you can live out your fantasy of being an intrepid archaeologist for a day. It  is still largely off the radar of global tourism, giving you plenty of space and time to reflect on the monumentality of its beautiful desert landscapes. Ancient tombs that remain as the legacy for 7,000 years of human civilization, mesmerizing natural rock formations and canyons, multiple options for adventure sports, and cutting-edge art installations are just some of the reasons why AlUla has all the makings of a destination that would top the bucket list of visitors from around the world.

How To Reach Alula?

AlUla International Airport (ULH), about 35 kilometers southeast of AlUla, is the closest airport.

AlUla may be reached by car in 10 hours from Riyadh, 7 hours from Jeddah, 3 hours and 20 minutes from Medina, and a little more than 3 hours from Tabuk Airport.

Saudi Arabia should be your first choice if you seek a winter vacation destination! Save up to USD 25 on flights to the Kingdom with Rehlat’s special flight offer. When booking, enter the code SAUDI. Additionally, save up to 12% on hotels in Saudi Arabia with the coupon code STAY12.