The Riyadh Season 2022 brings you a fascinating celebration of the culture, lifestyle, and people of the country, adding even more radiance to the city’s already bright skyline. That’s all the excitement a vacation needs. Numerous entertainment areas in Riyadh come alive for the annual festival known as Riyadh Season. Thrilling rides, malls, safaris, battle games, international cuisine, movie theaters, and live performances are all available here. In addition, there will be international concerts, cultural shows and plays, and great cafes and restaurants for you to relax in. 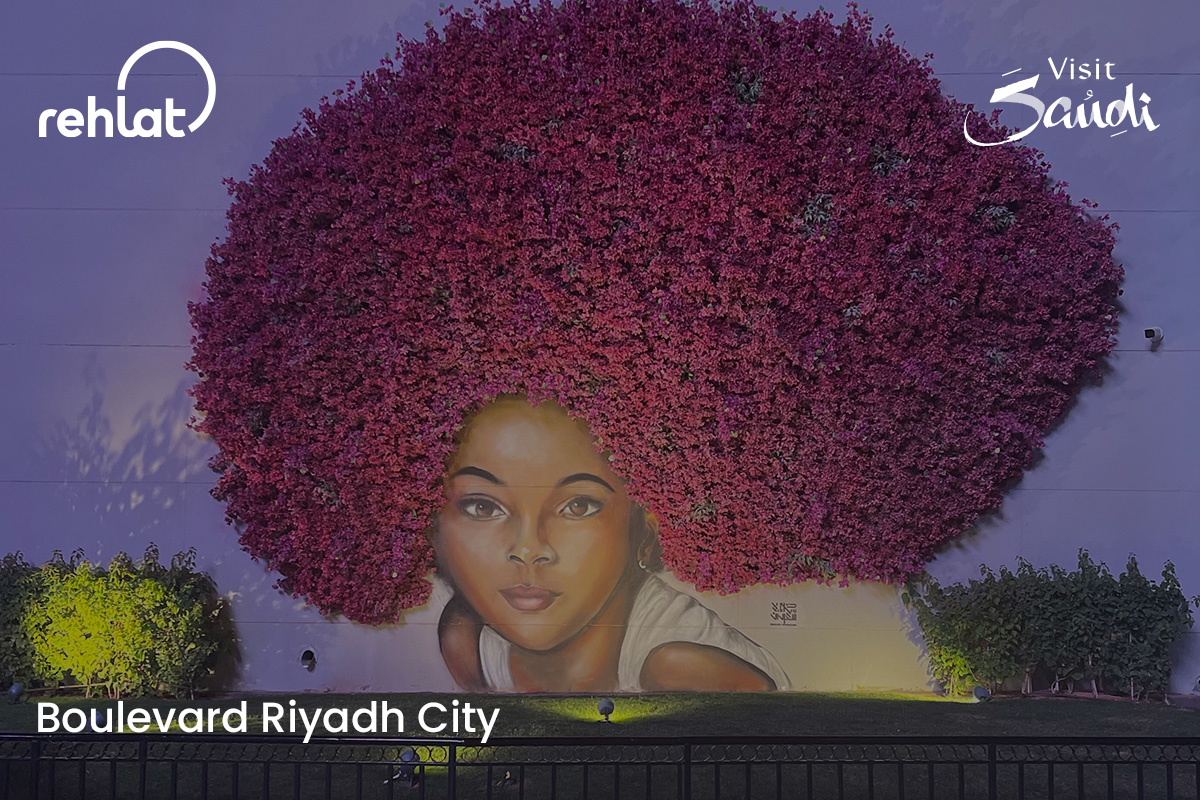 The 21st of October 2022 marked the beginning of the Riyadh Season, and since then, a lot has happened. Fifteen distinct areas will be set up for attendees to explore at this major festival. There is plenty in each of the 15 zones to spark your creativity during the Riyadh Season 2022, whose theme is “Beyond Imagination.” The activities, events, and surprises that await you in Riyadh Season 2022 will be the largest in the region, so Saudi Arabia invites you to push yourself beyond the limits of your imagination.

Boulevard Riyadh City, the most popular tourist zone, plays an important role in the upcoming 2022 events. One of the busiest areas during the peak season is Boulevard Riyadh City. Compared to the 2019 version, this space is about three times larger. At around 900,000 square meters, it will be one of the largest entertainment areas in the Kingdom and the most extensive zone Riyadh Season has ever seen. There are nine distinct areas within Boulevard Riyadh, each with its own assortment of eateries, green spaces, festivals, international gaming venues, family-friendly activities, and retail establishments. 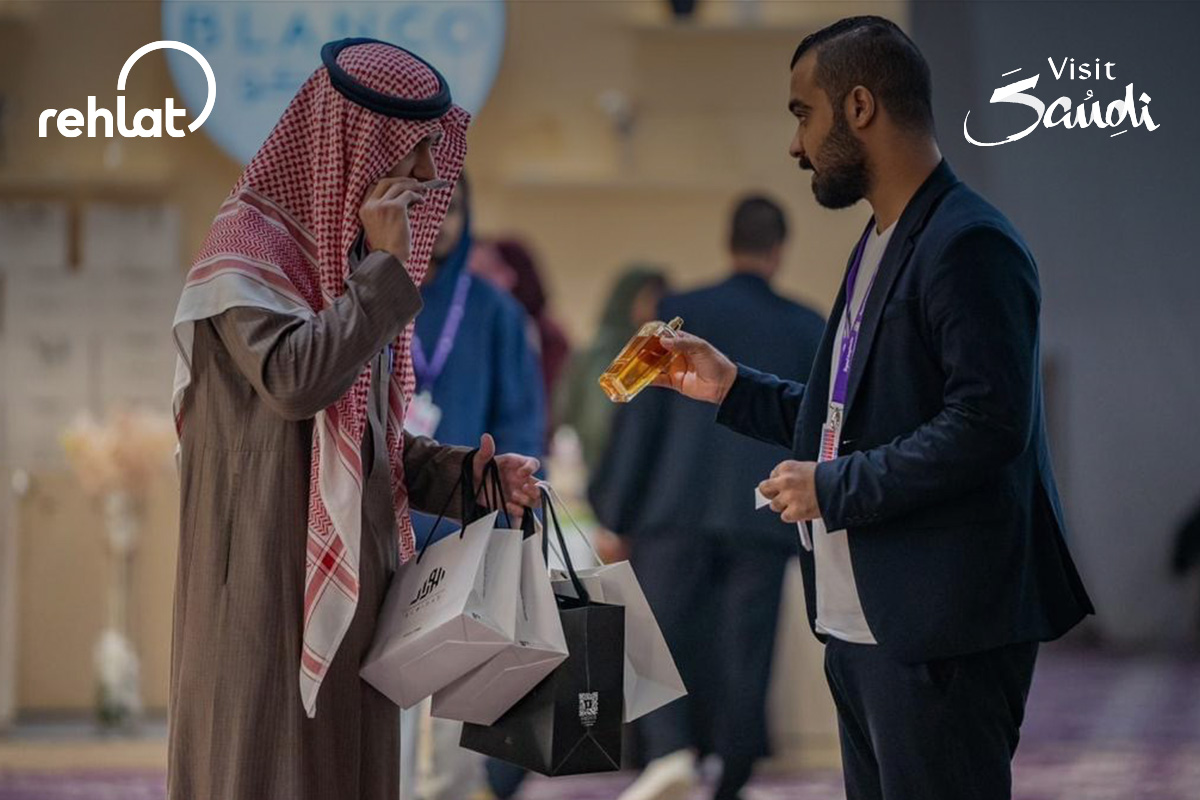 Tripling in size this year, its various sections offer something for everyone by way of entertainment, dining, and shopping. All ages and interests are welcome here. Every type of person can always find something they’re interested in, whether it’s shopping, sports, adventure, or music. Tickets were recently reduced to SAR25 in advance of the end of the Riyadh Season, but during the holy month of Ramadan, entry is free for everyone in the entire zone.

The Abadi AlJawhar museum and cafe at King of Oud is a place where visitors can have a genuine Saudi experience, complete with music from the region and stunning displays. 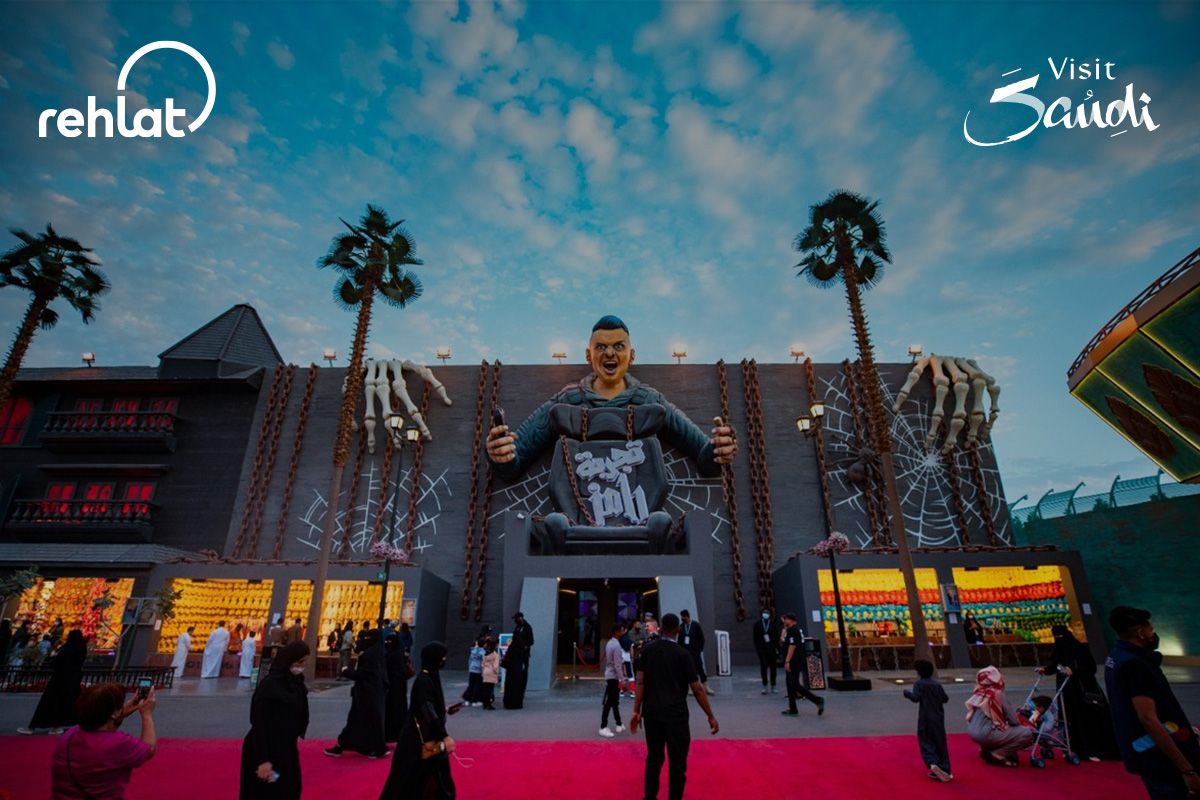 Within the experience, you will get the opportunity to have a behind-the-scenes look at the prankster Ramiz Galal’s characteristic haircuts as well as his tips and tricks. Broadway World once referred to the illusionist as “the world’s finest,” so it’s safe to say that the magician is really good. 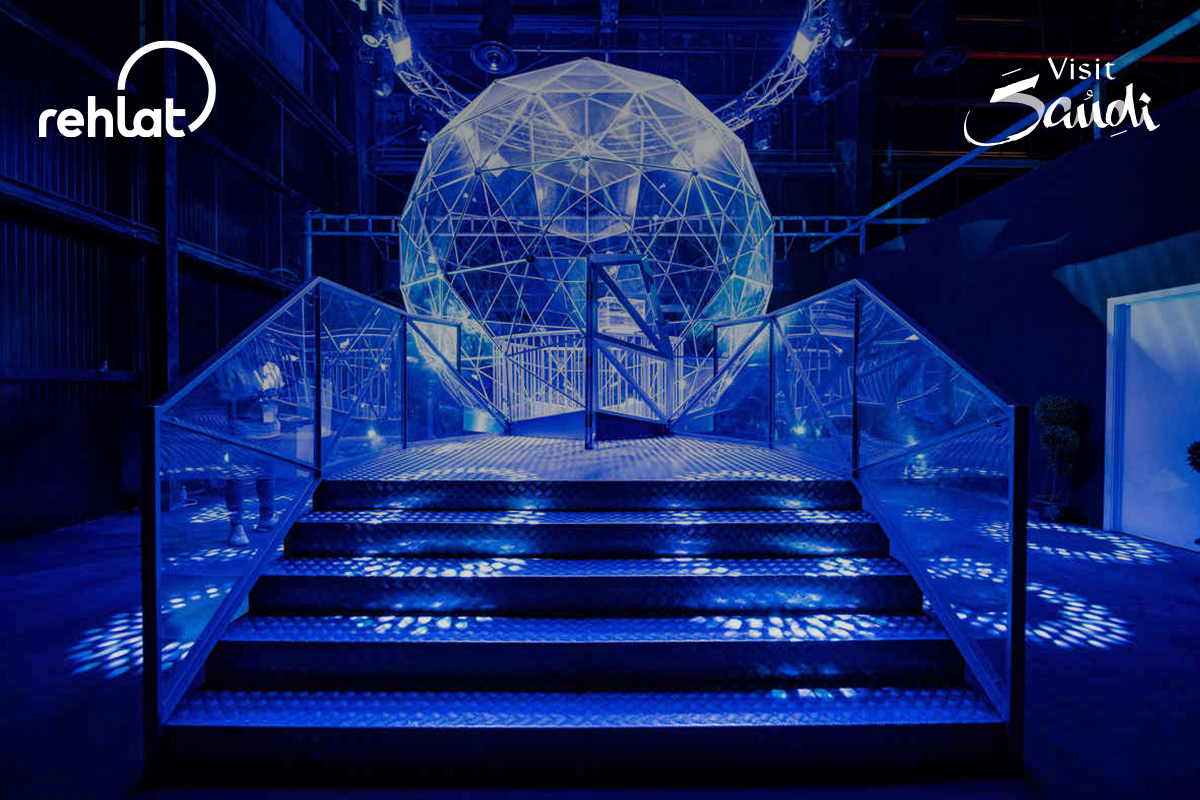 This experience, which was derived from the popular British show, is here so that you and your family and friends can try your hand at some entertaining games and puzzles. Players should expect to be cognitively and physically pushed, both individually and collectively as well (talk about covering all the bases). This event is making its debut in a location outside the United Kingdom for the very first time.

Four of Simworx’s well-known and exciting 6D stargazer ride vehicles are showcased in this section. The experience is based on the well-known Saudi Arabian animated series IP – MASAMEER. Simworx has collaborated with Sela to produce Masameer, the first IP-driven media attraction.

Before riders enter the showroom through one of the characters’ mouths, you first see a pre-show with models of the characters, including Saad, Ghannam, and Saltouh. Before being taken away on an adventure, you must be seated on the riding vehicles, which are likewise made to resemble the pickup truck featured in the cartoon. As passengers travel between many realms, onboard elements like wind and water spray surprise passengers as the dynamic movement mimics the enthralling drama on screen. 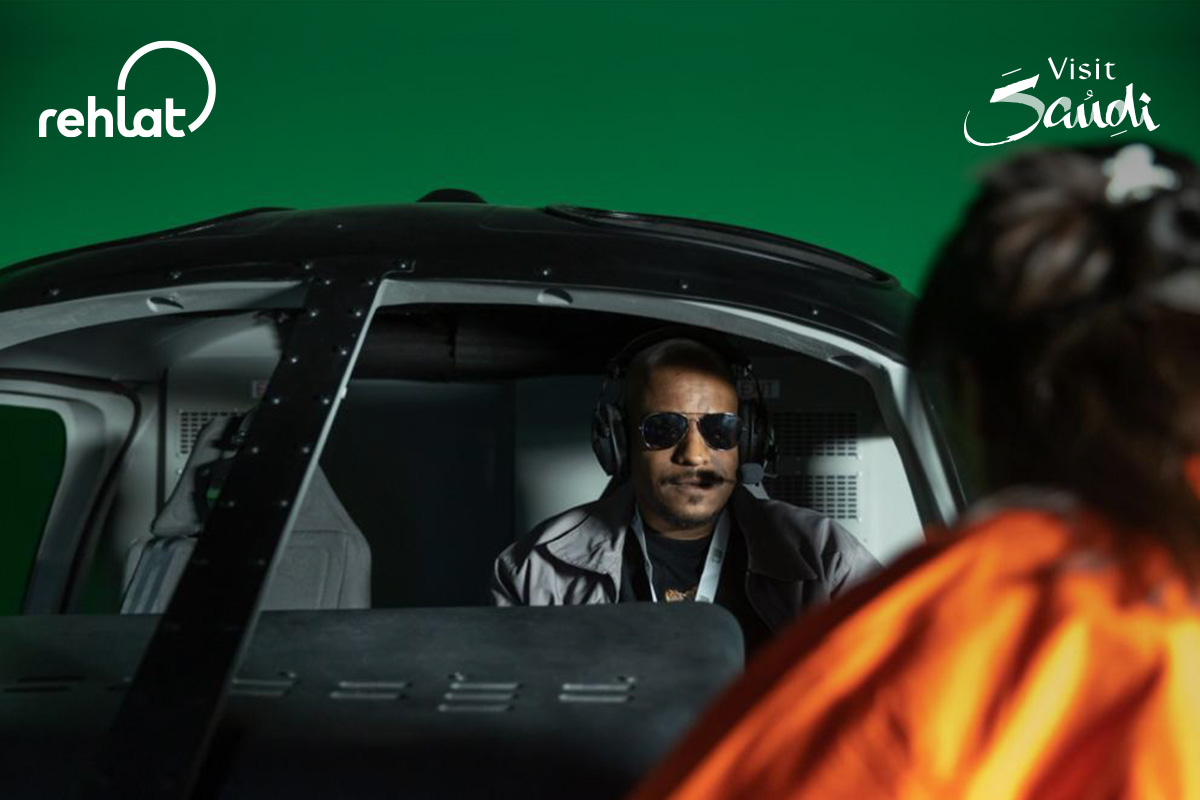 In this part, experience what it’s like to be a famous athlete, movie star, football player, or musician. You can experience filming scenes, going behind the scenes, acting tryouts, strolling the red carpet, conducting interviews, experiencing the live show, and winning international awards in the acting and cinematic industries at this celebrity factory experience center in Boulevard Riyadh City.

Get ready to shout in this section! Boulevard Riyadh City promises to be a horror fest in this section. Enjoy spooky interactive presentations with bloody costumes to discover what lurks in the shadows. If you’re feeling adventurous, this is one of the exciting things to do at Boulevard Riyadh City. Take your pick from the variety of restaurants in the vicinity after being frightened… if you can handle it. You will enjoy the most unsettling dining experience thanks to horrifying interior decor and eerie plate presentations.

Padel has been sweeping the nation’s capital and much of the world. This season, it’s one of the most popular sports, and Boulevard Riyadh City has a thriving padel community. Padel Rush has everything you need, whether you’re an expert or just starting out, with special tournaments, coaching sessions, and even an equipment store. This sporting activity zone in Boulevard Riyadh City has no age restriction, so even the tiniest children can participate in the enjoyment.

A 350 m indoor track, multi-level spiral ramps, and 27 HP electric karts for racing are all included in this part of Boulevard Riyadh City. To see who will win, start your car onto the track and challenge your buddies. Earn podiums and pass other racers, thanks to extremely careful kart handling devices. Up to 10 karters can compete against each other at once on the lengthy multi-level racetrack. 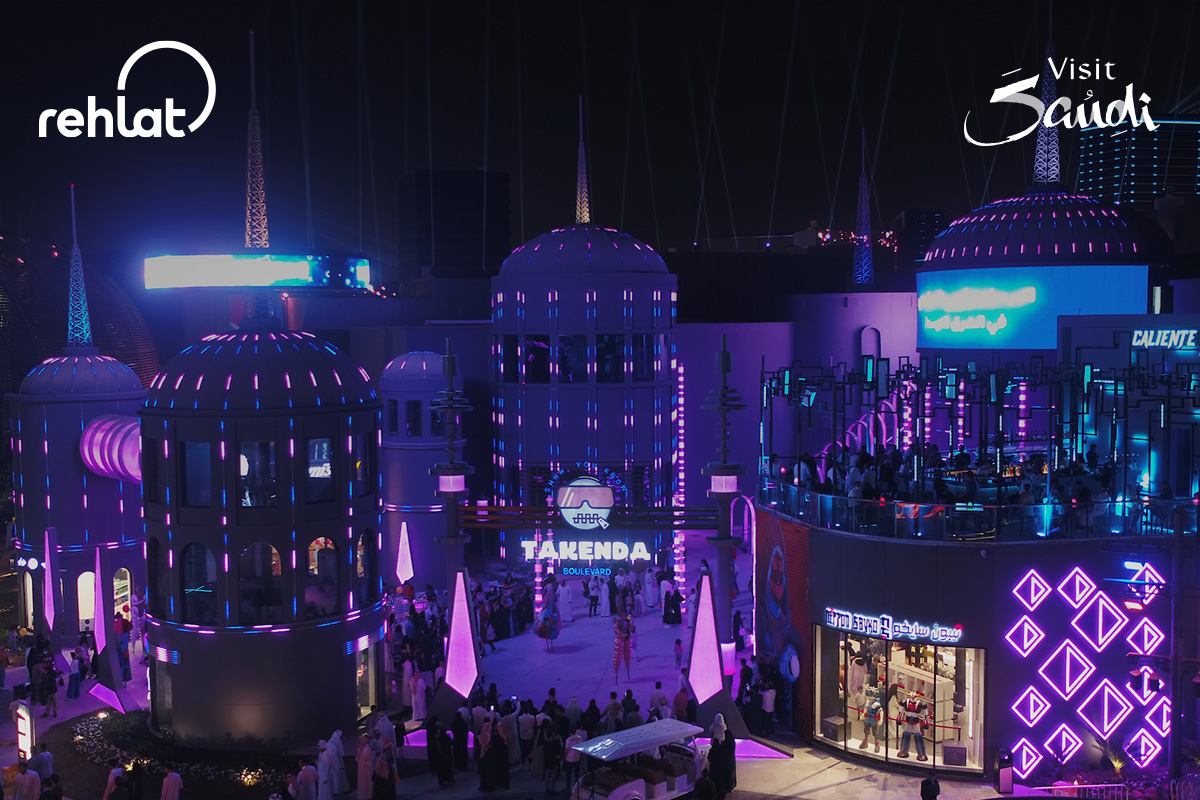 Takenda is a distinctive entertainment hub with arcades and virtual reality games for players of all ages. It was established as a reminder to all players to participate in the largest Esports competition in the world at Takenda. Eight weeks of nonstop gaming fun are included. The teams will compete in Tom Clancy’s Rainbow Six: Siege, Fortnite, Dota 2, Rocket League, and PUBG MOBILE. Do you want to power up? The largest philanthropic Esports festival in the world, Gamers Without Borders, which is based in Saudi Arabia, will also send qualifiers to Gamers8. Teams include Clan and Rogue from North America and Team Falcons from Saudi Arabia. This event may be for you if you’re trying to amp up your Boulevard Riyadh City experience this summer.

Arab culture is reflected in this section of Boulevard Riyadh City! While you savor the delectable dishes of Arabic cuisine, it transports you around the globe with its live theatrical and musical performances. The Century Theater has 25 screens in total, including the first 4DX screen in the Kingdom and the largest seating screen in the world. The enormous theater also provides VIP upgrades, Xperience powered by CGS, and a party room. Head to one of Saudi Arabia’s best movie theaters here with popcorn in hand. When you want to stay indoors and avoid the hot sun, it’s one of the best things to do at Boulevard Riyadh City.

Luxury Hotels to Stay in Riyadh

Riyadh Season 2022 has been the most exhilarating, but this section triples the fun. If you are attending the festival this year, you can take advantage of this entertainment section. Book your flights to Riyadh to witness the unexpected.

Rehlat offers you exciting deals to come to Riyadh and experience the season. Save up to 25 USD on flights to Saudi Arabia. (Use Code: SAUDI to avail of this offer). Another exciting deal gives you up to 12% off on hotels in Saudi Arabia (Use Code: STAY12 to avail of this offer). So, get ready to experience the vibrancy of Riyadh Season 2022 and get entertained the way you want at different leisure zones of Boulevard Riyadh City.