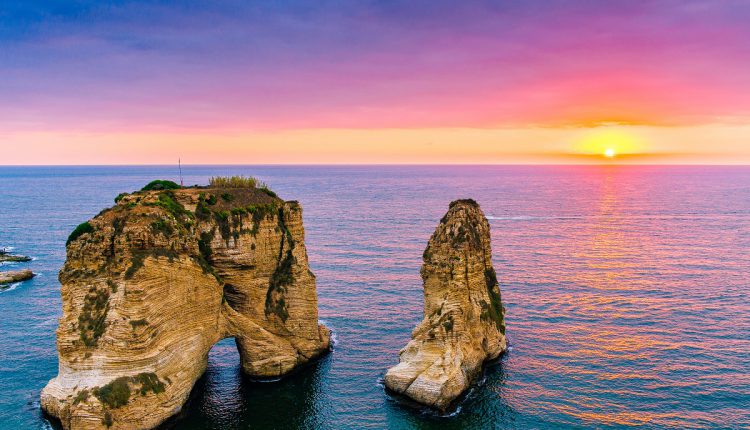 Sandwiched between Europe and Middle-East, Beirut has always been the most popular celebrity with its rich cultural background. Whether it is Phoenician, Roman, Ottoman or Colonial heritage – Beirut lobbies everything to shine like a new penny and attracts even a most occasional traveler. Beirut’s grandest town house – Sursock Palace- is situated in Beirut’s most exclusive residential area. The palace is a historic master piece wrapped up with immense lush gardens and pristine glory. The house, although a Lebanese styled architecture, with all the – white marble interiors, tall doorways, grand halls, Turkish baths, and walls lined up with Italian and French paintings – makes it a reservoir of all cultures and arts.

1. Whether it is about old carpets, antique flower vases or a piece of broken tile – anything found in Sursock has its own lesson to teach you about the ancient times.
2. It is one of the prestigious monuments that had escaped damage during the Lebanese Civil War held in 19th-century.

1. The place faces the Nicolas Ibrahim Sursock Museum – a modern art and contemporary art museum featuring Lebanese, Venetian and Ottoman art forms.
2. St Nicolas Gardens – Explore the ancient statues, relax by the pool and enjoy the calm evenings with a mighty walk.
3. Situated on a hill overlooking the harbor, and the Sursock Street, in the heart of Achrafieh
4. Villa Linda Sursock – The restored palace is well suited to make a visit in the evenings and taste the English-styled tea served there. The uniquely stacked layout with a tall figure – The Beirut Terraces – is a blend of art, architecture, real estate and landscaping. This world famous celebrity is popularly known as The Vertical Village and it is a true example for – what happens when nature go hand-in hand with buildings. The moment you step into the spot you would bowl over and just say – “Suburban Living in the Midst of the City”.

1. A limited luxury addition with uniquely over hanging terraces and clustered structure.
2. Greenery that is embedded at every level.
3. Natural light accentuated interiors.
4. Interiors styled with decorative arts from old and contemporary times.
5. Located quite at the heart of the city – offering scenic views of seas and the city. The architectural concept of Banque Libano Francaise (BLF) headquarters is well carved to nest work spaces and social hubs. With 120 meters, it is the most recognizable silhouettes in Beirut’s urban landscape. The masterpiece is well spoken about the numerous modernist treasures it has incorporated within its structure and is admired by not just hundreds but by thousands.

1. The master plan of the building includes Impressive pieces of art and modular openings overlooking a 360-degree view.
2. High degree of integration between landscape and architecture – Outdoor terraces and lobbies are seamlessly blended with the environment. The Blue domed Mosque – Mohammed Al-Amin Mosque – with a Lebanese primitive artwork is a masterpiece of religious architecture. Grandiloquent inner ceiling cupolas, massive hanging chandeliers, decorative painting and magnificent patterns on the domes everything adds up to the learning of the Lebanon art and culture. Wait for the sun to reflect on the yellow stone to see the real beauty of the mosque and to appreciate the grandiose Ottoman styled setup.

a. The mosque honors the Lebanese nationalists murdered during war by the Ottomans – It stands as a great opportunity to get to know about great historic past of Lebanon.
b. Colors like yellow ochre and clear blue used in its design makes it stand out as one of the world’s famous mosques.
c. Intricate patterns painted on the interiors highlight ancient Islamic architecture.

a. Beirut Souks you are only less than a 5 minute walk away.
b. Situated on a corner of the central Martyrs Square
c. National Museum of Beirut, the home of vast collections of archaeological artifacts. The half-floating building – IFI, located on a hill overlooking the Sea, is tagged as a hub for debating public policies and decision-making in the Arab World. The entire concrete setting with slanted windows, artistic building’s elevations, fringing century-old ficus and cypress trees, geometries of intersecting pedestrian routes, the location is truly spectacular. The introduction of concrete in the 1920s, inaugurated the Lebanon architectural building techniques.

1. A part of the building “floats” above an exterior courtyard.
2. While contemporary projects are adopting glass, this place built with concrete still holds the trend and elegance.
3. An extensive cantilever of 21 meters connecting various levels of the building.
4. Fascinating interlocking of interior and exterior spaces.

Whether it is sharing her expertise or simply sharing what’s on her mind she always finds her way to express her passion through her writings. Having born with a _travel bug_ she loves to share what she has learned all along her life and tell people - “How can one live better?”

5 things that makes Dubai quite happening place for a weekend

Explore Fethiye – The Turkey Island that is Hiding from the World