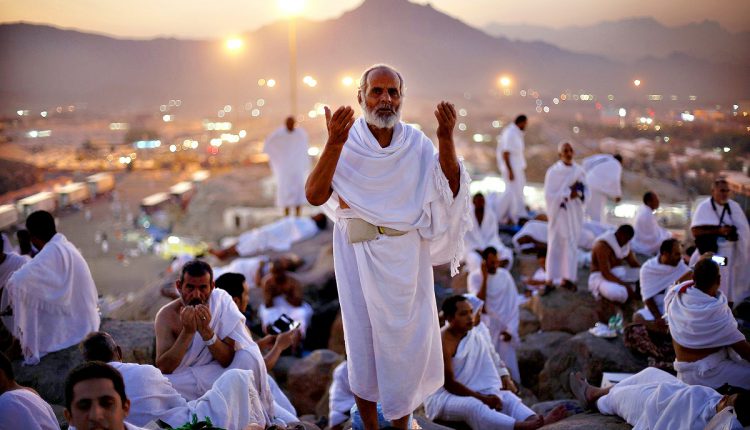 Hajj – The traditional annual pilgrimage to the holy land of Mecca by Muslims is a mandatory religious ritual and is the largest annual gathering of Muslims from across the world.

Begins in the evening of Sunday, 19 August

Ends in the evening of Friday, 24 August

Note: The dates may vary

Hajj occurs between the 8th and 12th of the last month of the Islamic calendar, Dhu al-Hijjah. The ninth of Dhu al-Hijjah is known as the Day of Arafah, whereas Eid al-Adha, Islam’s holiest festival, is on the third day of Hajj.

The complete ritual of Hajj is known as the “greater Hajj” or al-Hajj al-Akbar. 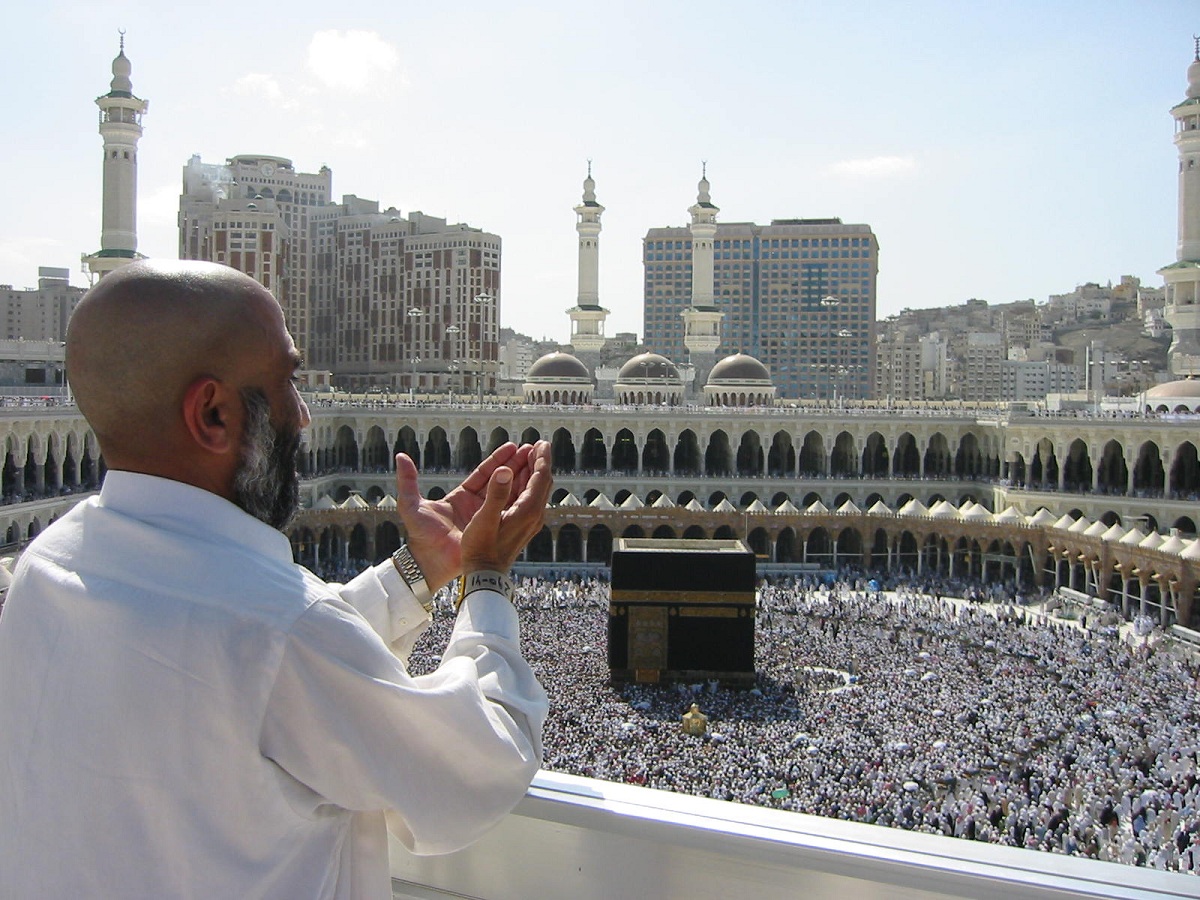 First day of Hajj — Pilgrims enter into a state of holiness by wearing the Ihram while inside Mecca and proceed to Mina. This is a neighborhood of Mecca and is situated 10 km away from central Mecca. The journey is completed on foot and the group camps overnight in Mina. There are over 100,000 air-conditioned tents that offer temporary accommodation to the pilgrims.

Second day of Hajj — Pilgrims start the journey towards the desert planes of Arafat which is some 15 km away from Mina. An afternoon in Arafat is a must for Hajj. Pilgrims pray and spend time religiously at  Arafat until sunset. With sun set, pilgrims begin to leave Arafat for Muzdalifa, which is around 10 kms away from Arafat on the route between Mina and Arafat. On the way, pilgrims collect pebbles for ritual of the stoning of the devil the next dayin Arafat and camp overnight at open area of Muzdalifah.

Third day of Hajj — Eid al-Adha begins. Pilgrims start journey back to Mina and from Mina they go towards the Jamarat Bridge which is approx. 5 km from Mina. At Jamarat Bridge, a symbolic stoning of the devil is performed. After performing the stoning of the devil, pilgrims do the sacrifice of an animal. After which pilgrims move back to Mecca and do Tawaf and Sa’ii of Hajj. Now Ihram are removed and normal clothing can be worn. By night, pilgrims go back to the Mina and spend the night there.

Fourth day of Hajj — Pilgrims again proceed to Jamarat Bridge to repeat the stoning of the devil. Pilgrims spend the night at Mina.

Fifth day of Hajj — Pilgrims again proceed to Jamarat Bridge and perform yet another stoning of the devil. By sunset, they move back to Mecca.

Sixth day of Hajj — A final circumambulation of the Kaaba is performed. Pilgrims start to leave Mecca for their homes.

Applicants who are not nationals of the country they are applying from should submit documented proof of legal residence status.

If the applicant has converted to Islam, an Islamic certificate must be presented which must be notarized by an Islamic Center.

Hajj 2018 Flights to Madinah or Medina

Most of the airlines commence Hajj special flights for convenience. Hajj visa holders can enter and depart from King Abdulaziz International Airport in Jeddah, Prince Mohammed Bin Abdulaziz Airport in Madinah only without passing through other Saudi airports.

For Hajj 2018, below airlines have scheduled flights for the holy journey:

On flights from Jeddah, Hajj passengers can bring up to 5 litres of holy water (Zamzam) which will be placed in special areas in the cargo hold. Hajj passengers will enjoy extra generous Emirates baggage allowance of up to 35kg in Economy Class, 40kg in Business Class and 50kg in First Class.

Saudi Airlines’ Hajj Flights: Saudi Airlines began Hajj flights from 14th July 2018, and the first flight arrived in Madinah, Saudi Arabia from Delhi, India. Saudia announced that 1,457 Hajj flights would be flown for Hajj 2018 to help pilgrims during the arrival and return stages.

Malaysia Airlines Hajj Flights: Malaysia Airlines expects over 15,000 Malaysian pilgrims for Hajj 2018 and the first flight is scheduled to depart KL International Airport (KLIA) to Jeddah and Madinah on 14 July 2018. Malaysia Airlines will be mounting 80 flights between Kuala Lumpur and Jeddah as well as Madinah on the A380-800. The last Hajj flight to the Holy Land will depart KLIA on 15 August 2018. The second phase of the operations will commence on 29 August  and will be completed on 25 September 2018.

Biman Bangladesh Airlines Hajj Flights: Biman Bangladesh’s first Hajj flight took off from Hazrat Shahjalal International Airport with 419 Bangladeshi pilgrims to Saudi Arabia on 14th July around 7:40am. The airline officials report that The airlines would carry 63,599 during its hajj operation ending on August 15th.

Pakistan International Airlines: Pakistan International Airlines first flight PK-6001 departed from Karachi for Madina on July 14 carrying around 300 intending pilgrims. Further flights will be operated from Islamabad, Lahore, Multan, Sialkot and Peshawar. PIA will operate 200 flights to Jeddah and Madina transporting over 55,000 pilgrims to fulfill the religious obligation. The flight operation will continue till August 15. 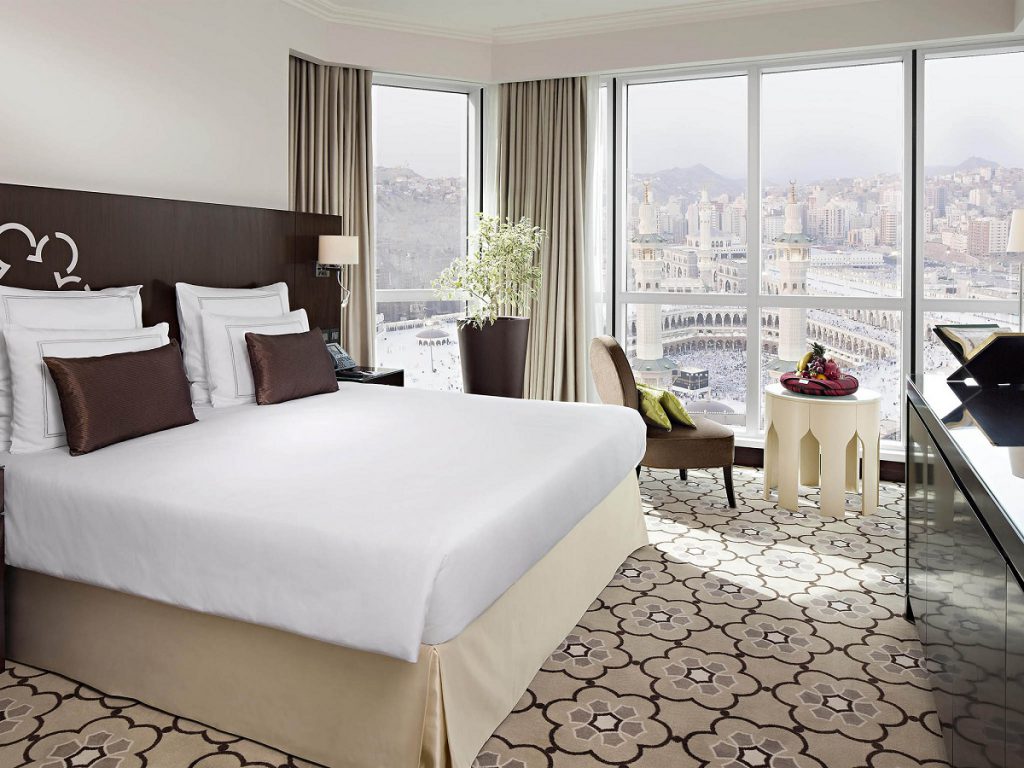 You can book the best hotel and accommodation in Makkah and Medina. Check for star ratings, amenities, and other requirements before confirming your hotel reservation.

How many times Hajj pilgrims circle the Kaaba?

7 times in a counterclockwise direction with the first three at a hurried pace on the outer part of the crowd and then 4 times closer to the Kaaba at a leisurely pace.

When can I apply for Hajj visa?

Hajj visas are issued from Mid-Shawwal until 25th Dhual-Qa’dah of each year.

What is the visa fee for Hajj?

The Umrah and Hajj visas are issued for free. However there would be charges for below for Hajj pilgrims:

Two checks to cover the cost of guides, Zamzam water agents, tent accommodation in Mina and Arafat and transportation costs.

Note: The cost details can be obtained from nearest Hajj office or Saudi consultate/embassy.

Can I travel to other major attractions of Saudi Arabia with a Hajj visa?

Note: It’s difficult and time-consuming to obtain visitor visa for this period and is rarely granted without a good reason (eg. medical emergencies).

Can children (below 18 years) go with their parents to Hajj?

Yes but only when the main applicant includes the detail in the main form and attach their birth certificates. Children and women under 45 should be accompanied by a Mahram (a male relative).

Begin your journey to your soul this Hajj. Experience how believers from around the world come together, putting aside all barriers – culture, class, language, sectarian, and other differences, and get revel in the serenity and purity of the religious activities.