Every country has its own charm and something to set ablaze a traveller’s heart. But Norway has a special place in every traveller’s bucket list. It’s the land of the Vikings, of the midnight Sun, of the giants, and so on. How is it even possible to describe a country as fascinating and as incredible as Norway in words? There are things you can write about and then, there things that you have to experience on your own to truly feel their worth. And those things turn out to be so wonderful that words seem trivial to describe their true magnificence. But here is my humble attempt to describe the beauty of a few places of a country like Norway in a few words to the best of my ability.

5 Best Places to Visit in Norway

Mere mention of the Arctic Circle makes people assume an inhospitable landscape with intolerably cold temperatures. But as they say there are always exceptions. And the exception here is the Lofoten Islands. 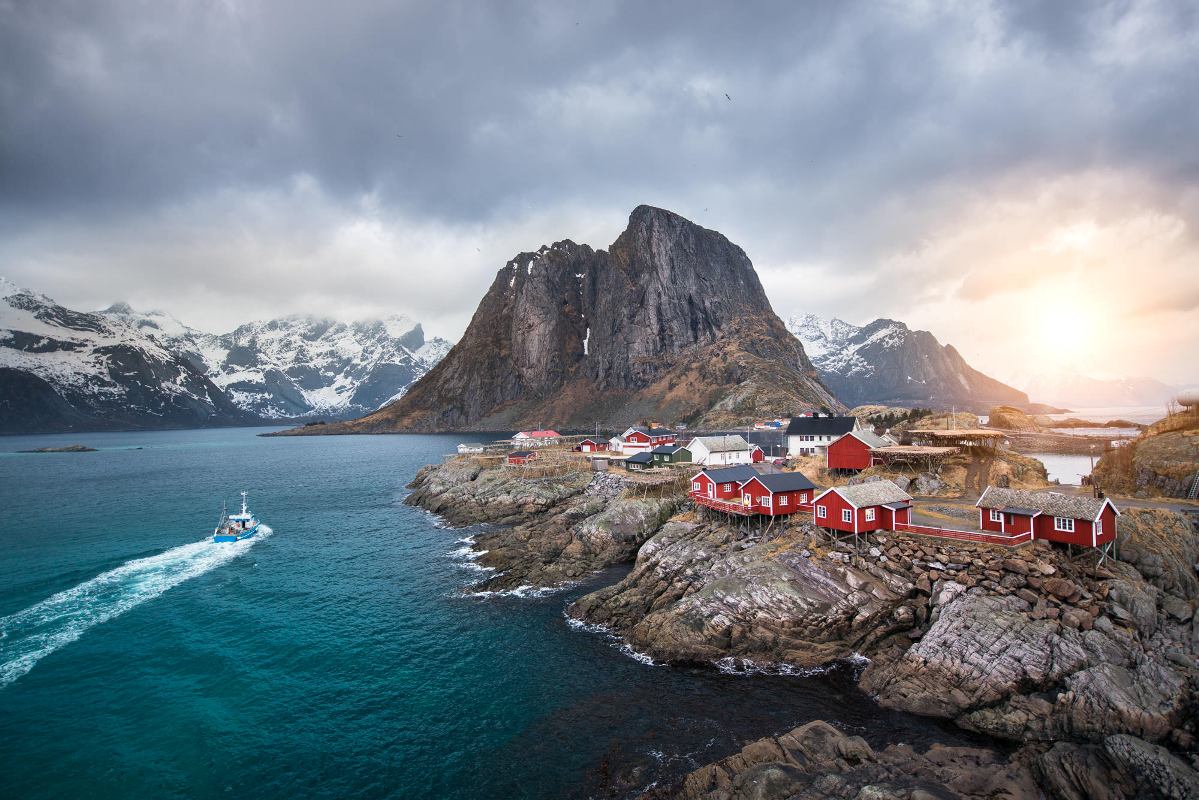 Get your Sherlokian hats on to solve the mystery of Lofoten

Lofoten remains an anomaly as far as its weather is concerned because the Gulf Stream converges with the North Atlantic Current and the Norwegian Current. This leads to warm temperatures in Lofoten making it a perfect destination for a pleasant getaway.

Despite the fact that mountains in the vicinity of Lofoten remain snow laden with unpredictable weather, Lofoten has successfully retained the crown of being one of the largest elevated temperature anomalies of the world.

It is one of the most popular tourist spots of Norway for an unarguable reason. 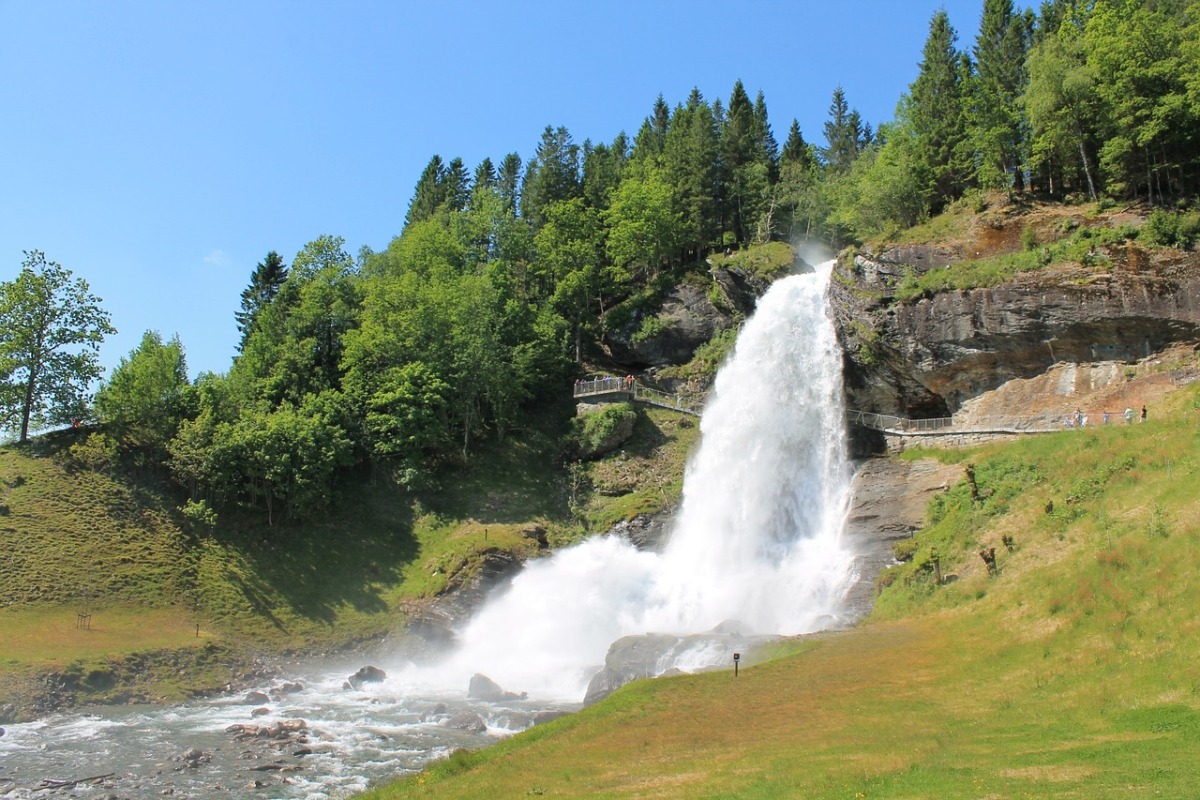 There’s a path behind this waterfall where you can walk and take a closer look at it (just like a natural Zoom In) and as if this trance like beauty was not enough to take control of your senses, purple and blue colored floodlights light up the waterfall at night making you feel as if you’re living in a dream.

Something to know about Steinsdalsfossen waterfall

Almost an hour’s drive away from Oslo lies an enchanted forest known as Sti For Øye. It’s an ethereal sculpture park safely tucked in the woods. 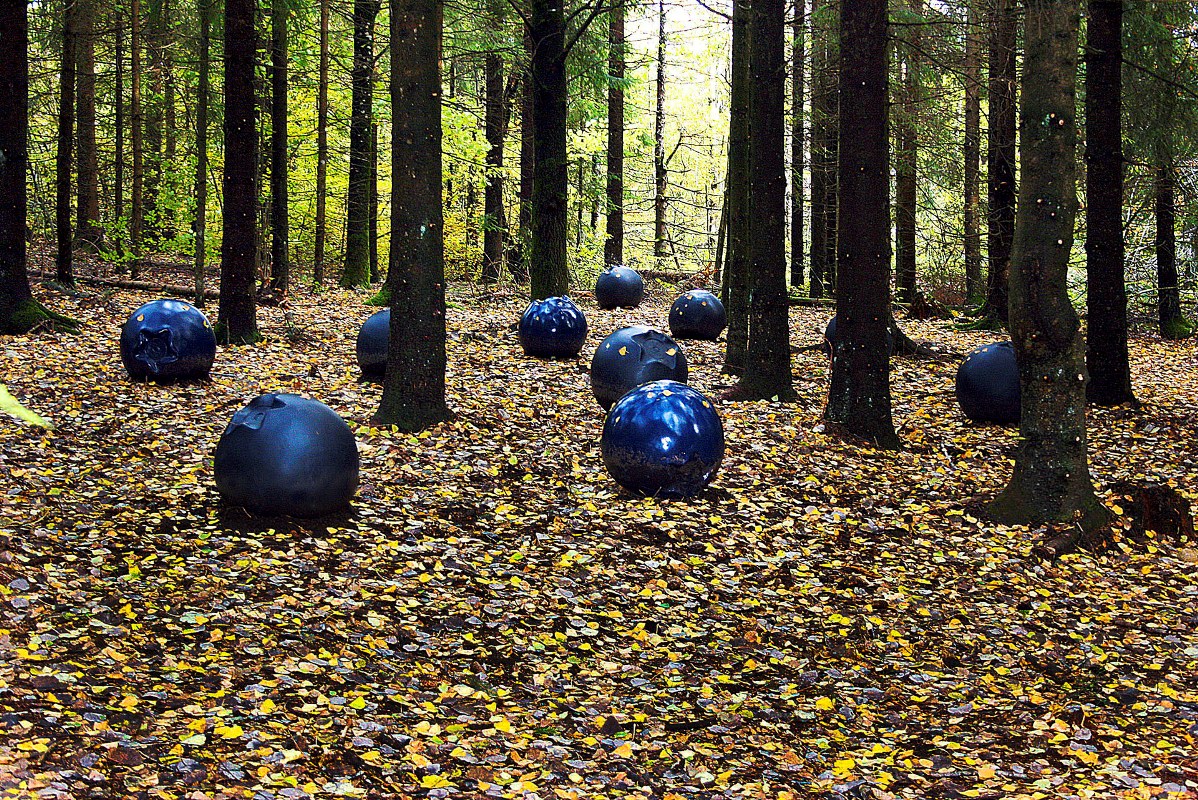 The artworks in this forest have been so meticulously placed that it becomes next to impossible to distinguish them from nature. The art perfectly adapts to nature as if it’s nature itself.

Beasts prowl in the midst of wilderness,

Transforming all living creatures into stone.

As if a giant monster dropped them by mistake.

A head rests on blades of grass,

Like an enchantress cursed it to remain in eternal sleep;

And the magic continues to dance on the works of art,

As if magic and nature are but a single entity.

Fløyen is a mountain in Bergen peninsula. It enjoys a geographical position and a height that allows the travellers to take delight in seeing the vast expanse of the city and the neighboring fjords and the sea. 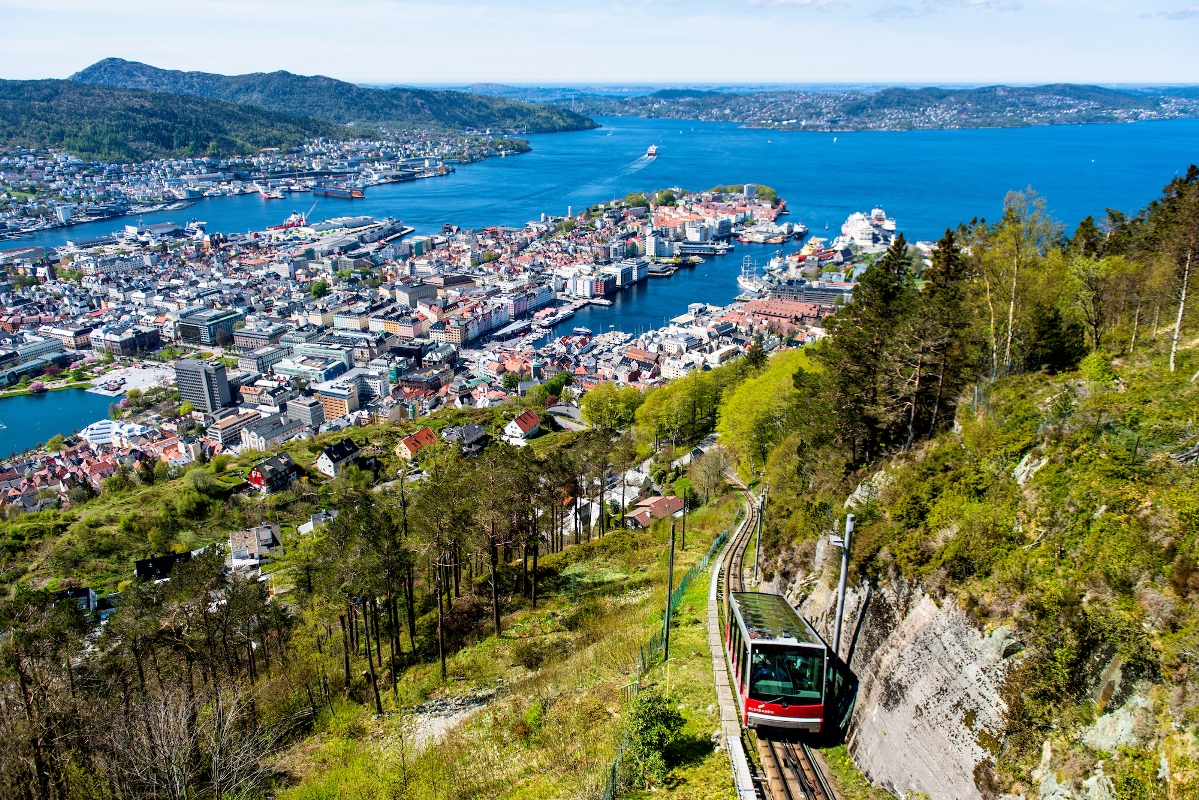 Trolltunga literally translates to “Troll’s Tongue”; named so because it looks like a tongue sticking out of a mountain side. It is one of the most magnificent geological formations that abound the Norwegian landscape. It was formed many thousand years ago as a result of a part of the rock being frozen by the water from a glacier. This lovely cliff offers an even lovelier view of lake Ringedalsvatnet in Skjeggedal. 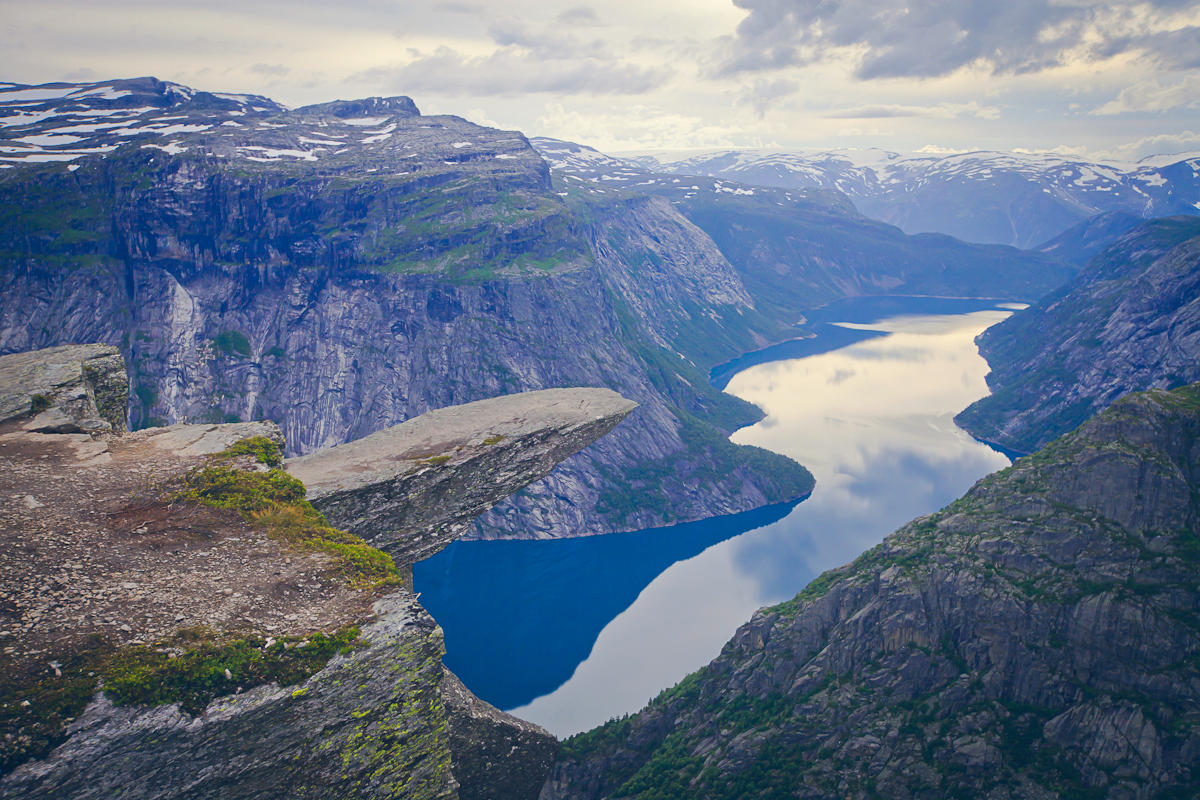 Take bus #995 from Odda to reach Skjeggedal. From there you can hike to the top. It’s a beautiful trek with waterfalls and mountains adorning your way.