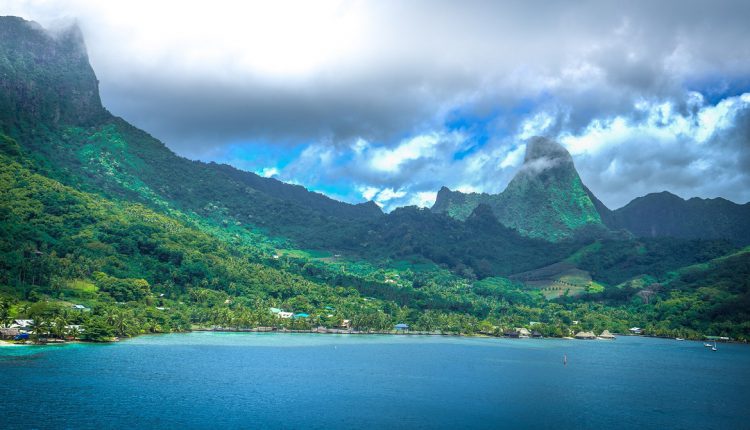 The Islands of Tahiti are located on the Pacific Ocean. Secluded, tropical and lush, this mythical destination is where dreams meet reality. Commonly referred to as The Islands of Tahiti, French Polynesia – It is a collection of 118 islands and atolls. Many of these islands still remain uninhabited.

So, where is Tahiti and how do I reach there? We answer all your questions here. Tahiti islands are situated halfway between Los Angeles, California and Sydney, Australia. Faa’a International Airport in Papeete is the gateway to the paradise. From here you can take private charter flights, buses, cruises, etc. to explore the island. In midst of the secluded islands, Tahiti is bit in contrast with an happening lifestyle, nightclubs, and wonderful and conveniently located resorts. Plan a stay for day or two in Tahiti islands before you roam and explore the other islands.

The island is divided into two parts:

What to do in Tahiti?

There’s a range of passive and active vacation activities including but not limited to the below: Fun but interesting facts about Tahiti The concept was an idea of a trio of American expats who were running one of the country’s first hotels. They created the overwater rooms as a solution to hotels with no beach view. The popularity reached peak high considering the view and the idea of going to swim just when you want (open the room door and jump into waterJ ). Today the idea has been cloned across various popular islands.

Relish some French bread delivered to your home Just like how we have mailboxes outside our home, Tahitians have delivery boxes which actually contain is French bread. Just retrieve the bread from the mailbox which is a core part of Polynesian cuisine. The word tattoo comes from the Tahitian word tatau. Polynesians consider tattoo as a sign of beauty. There is a ceremony dedicated for the same when a Tahitian reaches his/her adolescence. There’s also a festival to celebrate tattoos.

This year (2018) the festival is happening from November 8th till 11th.

No poisonous snakes or insects

As if the islands isn’t paradise enough already, the destination is also dangerous creatures free. SO strike out the danger of that instead be worried about the sun tan and too many cocktails.

Things to Know Before Visiting Tahiti

The islands enjoy a tropical climate. There are two seasons – dry and rainy. The first lasts from March to November when the temperature fluctuates between 21°C and 27°C. The second, the rainy season stays from December to late February when it is a little warmer and the temperature stays between 25°C and 35°C.

P.S: Expect tropical showers in all seasons but the best part is they are like hot showers that happen for 30 minutes or odd.

Tahiti Pacific Franc (XPF) is the currency of Tahiti Islands.

Even though English is widely spoken and understood, learning a few Tahitian words and phrases won’t hurt and may come handy. You can mug up few basic French phrases too as French and Tahitian are the official languages of the islands.

Explore The Treasures of Bulgaria