It’s not the mountains, lakes, or the beach, but surprisingly, it’s a Train Street that is the top favorite attraction of Hanoi, Vietnam. However, Instagram’ s top favorite and most frequently photographed Train Street is now shut down due to the growing crowd and safety concerns. The future still lies uncertain.

The recent being on the 6th of October, the train was forced to re-route as the visitors had blocked the tracks to click pictures. Considering these kinds of incidents being frequent, the local officials have closed dozens of cafes and restaurants beside the track.

The Train Street of Hanoi

This famous street was never meant to be a tourist attraction. Before the arrival of Instagram, this was a humble, narrow residential strip with a railway track passing through its center. Built-in 1902 by the French, the train track connects Hanoi to Ho Chi Minh City. The track was used to transport goods and people across Vietnam in the 20th century.

With restaurants located extremely close to the tracks, the site had become famous, where the crowd used to come in seeking the perfect snap on the tracks for their Insta feed.

While you may not be able to visit this famous Train Street on your holiday to Vietnam, here’s a how is life and tourism in this famous attraction: 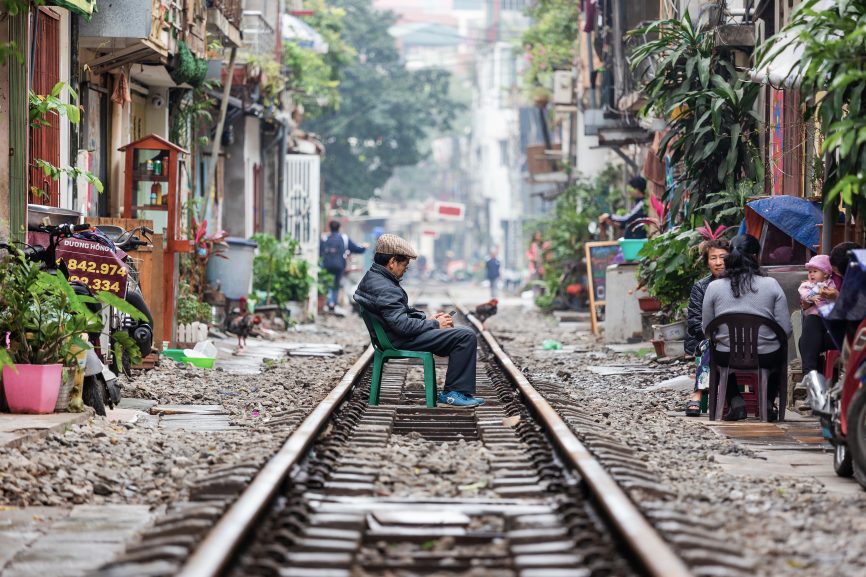 Life goes on normal on the tracks of Hanoi. P.C: CN Traveller

Attabad Lake – A result of nature’s wrath and love!