The Night Callers of the Arab World 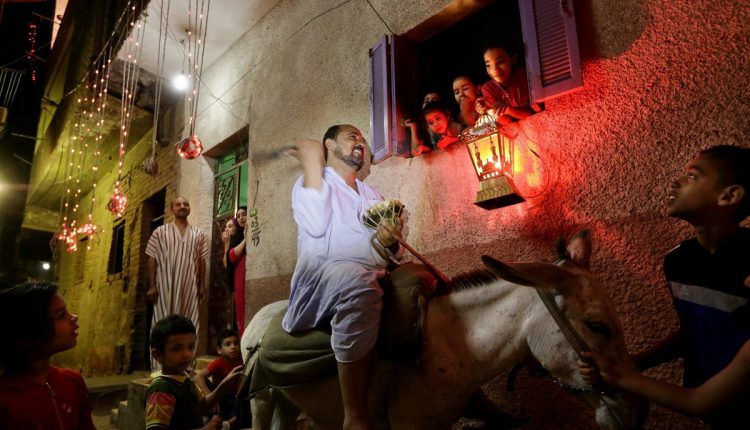 Ramadan 2019 is predicted to begin on Monday, 6th May 2019 (according to Saudi Arabia) and end on Tuesday, 4th June 2019. The mentioned dates are tentative and the actual date would vary on the sighting of the moon.

With the holy month of Ramadan being just a few days away, we introduce you to one of the unique and age-old traditions – the “Mesaharaty,” or the “Night Caller.” The Mesaharaty takes upon himself to walk around the village or city & wake people for “Suhoor – the light meal people take before they begin the dawn-to-dusk fasting.

The Mesaharaty of Egypt – The Story Behind

Every country has its own story for the Night Caller, but one of the most interesting ones is from Egypt. In Egypt, it is believed that this tradition started way back in the year 238 AH by Antaba bin Ishaq, the country’s ruler at that time. He would walk from a place named Fustat to Amr ibn Al Aas Mosque waking people up on the way for Suhoor. What does the Mesaharaty do?

The Mesaharaty beats the drum and sings the traditional songs such as “Ya Ebadallah, wahhidullah, eshi ya nayem, wahhid Al-Razzaq.” (O the servants of Allah, believe in the Oneness of Allah, wake up and pray to Allah, the sustainer). Some Night Callers also call out the residents’ names and leave only when they respond.

Every country has its version of Night Caller like for, eg in Morocco, the Mesaharaty knocks on the doors with his stick while in Egypt, he beats a drum.

The age of smartphones has made this age-old tradition look irrelevant but for old times’ sake and to relieve the old times’ nostalgia, people still encourage Mesaharaty as a symbol of Ramadan.

The English version of the song which most Night Callers recite is:

“Wake up, Wake up, those of you who are asleep.

Wake up and pray to God.

Wake up to make your intention to fast tomorrow and, if alive, this Holy month.

Have a Blessed Ramadan”

Kuwait Allows Direct Flights to 12 countries, including UK, US from July 1