Black Adam is here! The beloved DC Comics anti-hero is all set to hit the theatres on the 20th of October, 2022, in several countries and on the 21st of October in the US. The adrenaline-fueled movie is one of the most anticipated releases for every movie buff. Teth-Adam, a man born into slavery who gains superhuman abilities similar to those of Shazam (a superhero in DC Comics), tells his origin story in the film. Directed by Jaume Collet-Serra, Black Adam has a star cast of Dwayne Johnson, Sarah Shahi, Noah Centineo, Pierce Brosnan, and more!

We understand how thrilled all of you are, and that’s why we got some exciting details about the movie! The blog will introduce you to the filming locations of the Black Adam and the interesting things you can do in each of these places. 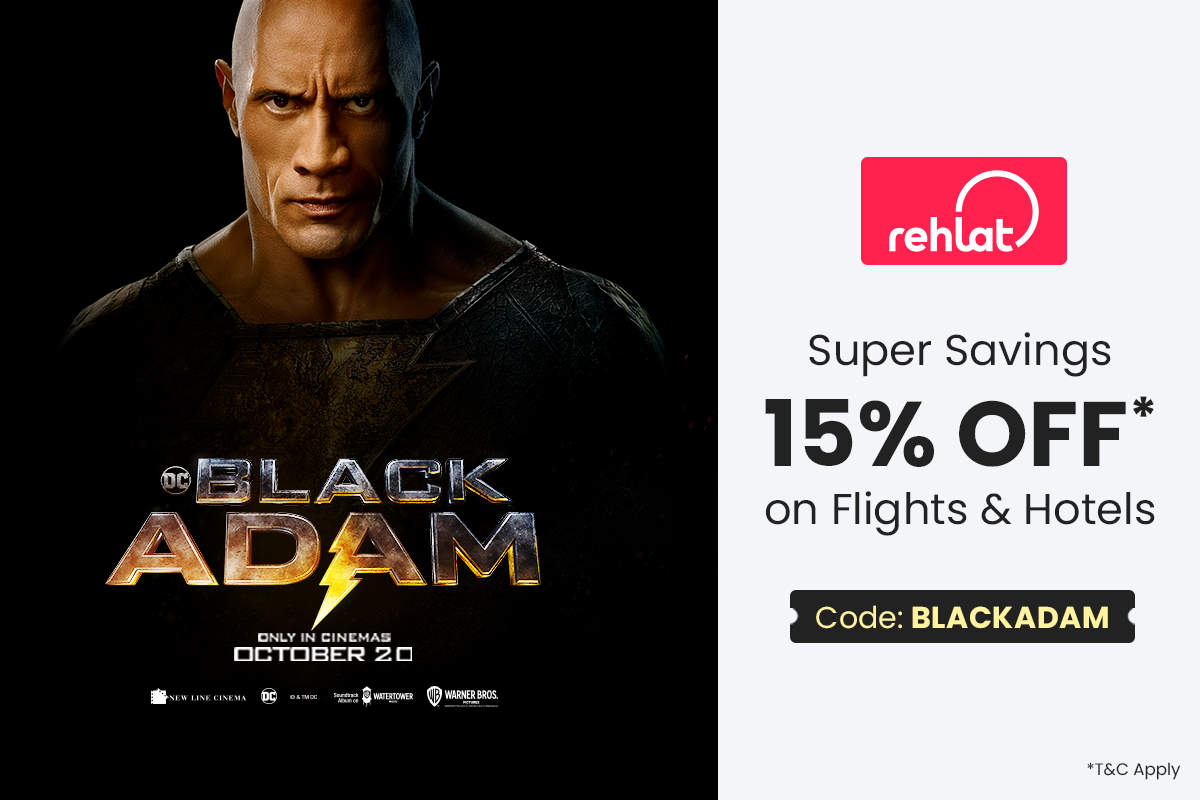 The majority of the film’s major scenes were filmed at Trilith Studios in Atlanta, Georgia. Atlanta is one of the most popular choices for movie makers, especially for Marvel and DC. Atlanta has many popular tourist destinations. The place offers a variety of options, whether you’re seeking luxurious resorts or a budget stay and  a peaceful environment. Atlanta is surrounded by forest, bringing the splendor of nature into the heart of the city.

The city has been the backdrop for several well-known movies, including Captain America, Black Panther, and Spiderman: No Way Home. The highly regarded television series Vampire Diaries is also set in here.

The 21-acre park offers a wide range of free, enjoyable family activities, including concerts, events, activities, light shows, and much more. Centennial Olympic Park is ideal for taking a walk to the sculptures, water gardens, and opulent scenery, in addition to hosting special events and for birthday parties too.

Tiny Doors ATL is an Atlanta-based art initiative transforming tiny places in Atlanta into something fascinating. Karen Anderson Singer is the artist behind this awe-inspiring piece of art. It was created to capture the neighborhood’s character, style, and other distinctive features. The art installations are open to all age groups, and entry is free as well.

Los Angeles is renowned for its celebrity culture, pleasant climate, and diversity of experiences. The sun-kissed beaches and the renowned star power of Hollywood make Los Angeles more popular. Never miss a chance to see the bright lights of Hollywood and beyond that. Los Angeles is also famous for its variety of cuisines, historic architectural landmarks like the Griffith Observatory, and a wealth of outdoor activities like hiking, surfing, and horseback riding.

The famed Hollywood Sign, one of Los Angeles’ most recognizable signatures, proudly stands atop Mt. Lee (Mount Lee) in the Hollywood Hills, overlooking the city of Los Angeles and the California film industry it has come to represent. This LA landmark first appeared on its hilltop perch in 1923 as a promotional stunt for the Hollywood land housing complex. Each letter is made of sheet metal coated white and measures 50 feet tall.

Venice Beach, a bustling beach, and marketplace of Los Angeles noted for its free spirited vibes. The beach is fronted by the famous Venice Boardwalk, also known as the Ocean Front Walk. You will meet sunseekers on roller skates, basketball teams, especially on summer days in Southern California here. Beyond that, explore the skate park, the well-known Muscle Beach outdoor gym, and Abbot Kinney Boulevard, vibrant cafés, shops, galleries, and restaurants.

The only place stars are so abundant that they can be seen on the pavement is in Los Angeles. The Hollywood Walk of Fame, which spans 18 city blocks and is covered with more than 2,600 metal stars, has little monuments with the names of famous celebrities. Visit the Walk of Fame and find out how many names of celebrities you could identify. And please don’t forget to click pictures of the monuments of celebrities from your favorite movies, TV shows, plays, and other events.

Fayetteville is one of Georgia’s smaller cities. Despite the city’s small size, there are many activities to do in Fayetteville. This charming and picturesque city has a lot to offer its tourists, from a wide range of stores and restaurants to events and attractions. Visitors might stop by one of the cafes or stores in the downtown area.

There are hiking routes in the Ridge Nature Area, which is also a fantastic place to spot the wildlife while strolling the trail. The trails will take you to a hardwood forest, a small creek, and an upland pine ecosystem. Also, there is a fishing pond, a playground, and a picnic shelter here. If you want to spend the day in peace and tranquility, head to The Ridge Nature Area with no doubt.

Built-in 1825, the Fayette County Courthouse is located in Fayetteville, Georgia. The brick building is one of the popular tourist destinations in Fayetteville. The courthouse has a hipped roof with a bracketed cornice. The tower was constructed in 1888, and the clock in the tower was put in place in 1909. It was Georgia’s oldest courthouse, still in service as of 1980.

As you are planning to book your tickets for Black Adam, we recommend you book your flight tickets as well. Fly to these cities and witness first-hand experiences of places that you’ve seen on the big screen! Rehlat has collaborated with Warner Bros for the Black Adam movie, and now you can save big on travel with the code: BLACKADAM. Get up to 15% off on flights and hotels only on Rehlat!