To signal the end of the day’s fast, cannons are fired in many countries across the Middle East. Known as Midfa Al Iftar, the tradition is believed to have begun in Egypt over 200 years ago. The tradition was started by Ottoman ruler Khosh Qadam by coincidence. While testing a new cannon at sunset, Khosh Qadam accidentally fired it. The sound reverberated across Cairo alerting locals and indicating the end of the fast for the day. With congratulations pouring in from various quarters and from his daughter, Haja Fatma who urged him to make this a tradition, Khosh Qadam made it a Ramadan tradition.

The tradition made it way to Lebanon too. However, in 1983 an invasion that led to the confiscation of some of the cannons put a temporary end to this era. Later the cannons were revived by the Lebanese Army following the war. Till day after that, the cannon firing continues. It brings people together evoking nostalgia for the older generations who remember the Ramadan month of their childhood. 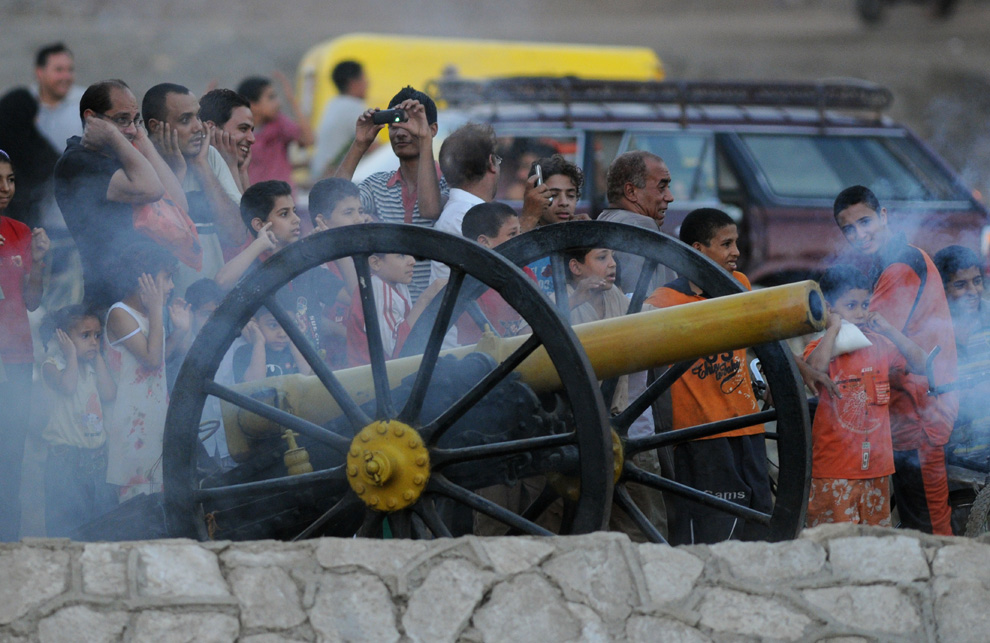 The cannon firing now has become symbolic with Ramadan and an important aspect of the Arab folklore. In this day and age, there are many apps that are just few taps away to alert about Iftar timings. However, some still believe that the Ramadan cannon should be there as they want the next generation to know the true essence and nostalgia moments of Ramadan from older days.

The tradition is followed in Makkah also and is handled by the Makkah police.

To make this festive season extra special, Rehlat will be bringing special offers and deals from various brands to help you with Ramadan shopping and travel to your bucket list destinations. Visit this page now to win free flight tickets, discounts, vouchers, cashbacks, and more.

Unique Ramadan Traditions – Read the series for some nostalgic moments

Why you should celebrate Ramadan in Istanbul?