Part 1 - Complete List of Celebrations from October to March

Planning a vacation to Japan? Want to do more than sightseeing? If you’re someone who would like to know the soul of Japan and indulge in its culture to the fullest, here’s a complete guide to all the festivals in Japan celebrated from October to March.

Festivals Celebrated in Japan from October to March

Days are pleasingly warm and evenings are delightfully cool. The essence of autumn arriving can be felt in the Alps in October. 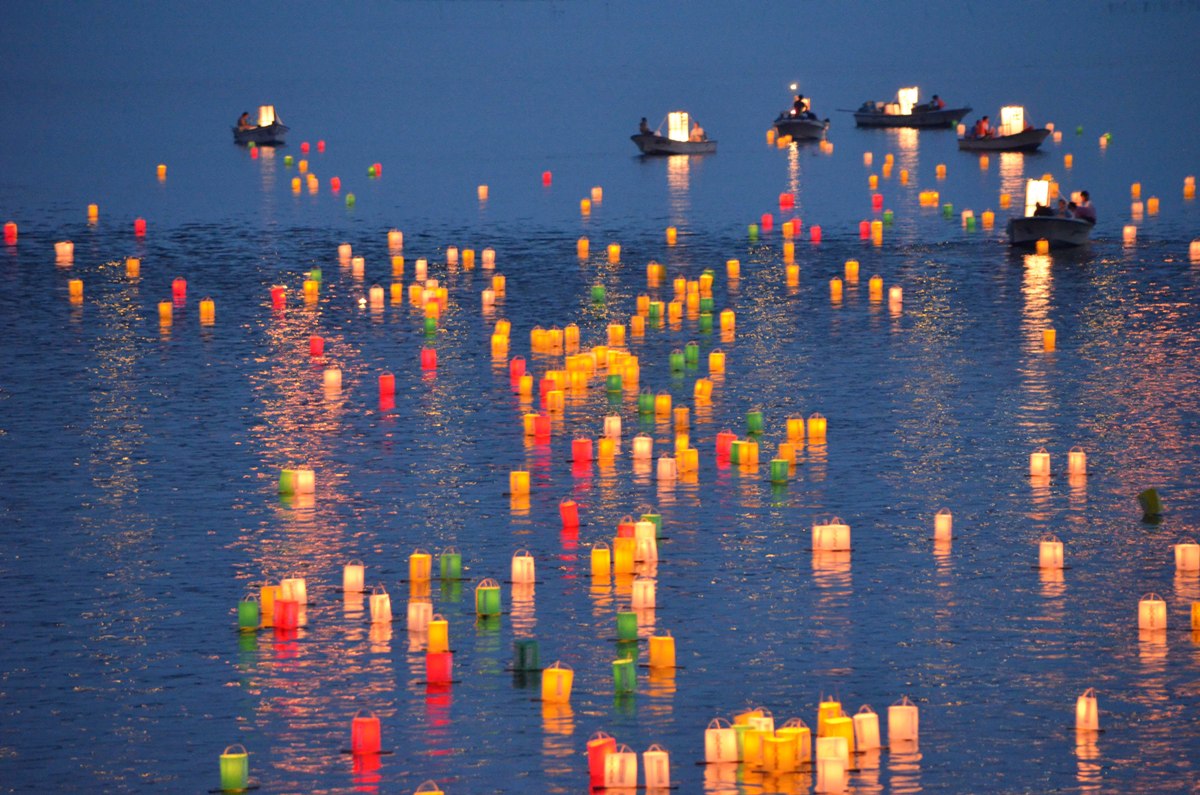 It’s a fire festival held in Asama Onsen in Matsumoto in the starting of October. People of all age groups parade through streets in groups burning bundles of hay heading towards a massive bonfire.

This is one of the most ancient festivals of Japan. Observed on 22nd October, people walk through the streets carrying massive flaming torches in a small mountainous village called Kurama located north of Kyoto.

It’s quite a fascinating festival held on all weekends and holidays in Honshū city of Matsue in the month of October. people gather around the Matsue castle to send off the lanterns in the moat while the drumming groups compete against each other on the banks.

It’s a celebration of all kinds of art on the streets of Roppongi in Tokyo where art exhibits are installed in large numbers as well as performances brighten up the streets with a new energy. Ropping art night lasts for an entire weekend in the second half of October.

This internationally renowned performing arts festival is organized in Kyoto every year. It’s a must see for people who are interested in dance, theater, music etc.

Japan has made Halloween its own. You will realize how when you visit wither Shibuya in Tokyo or Amerika-mura in Osaka on 31st October. People partying in spectacular costumes will definitely catch your attention.

This is when Autumn has almost set in. Days are cool as snow also starts to make its way to the mountains. Colorful leaves make the landscape look like a beautifully painted canvas. 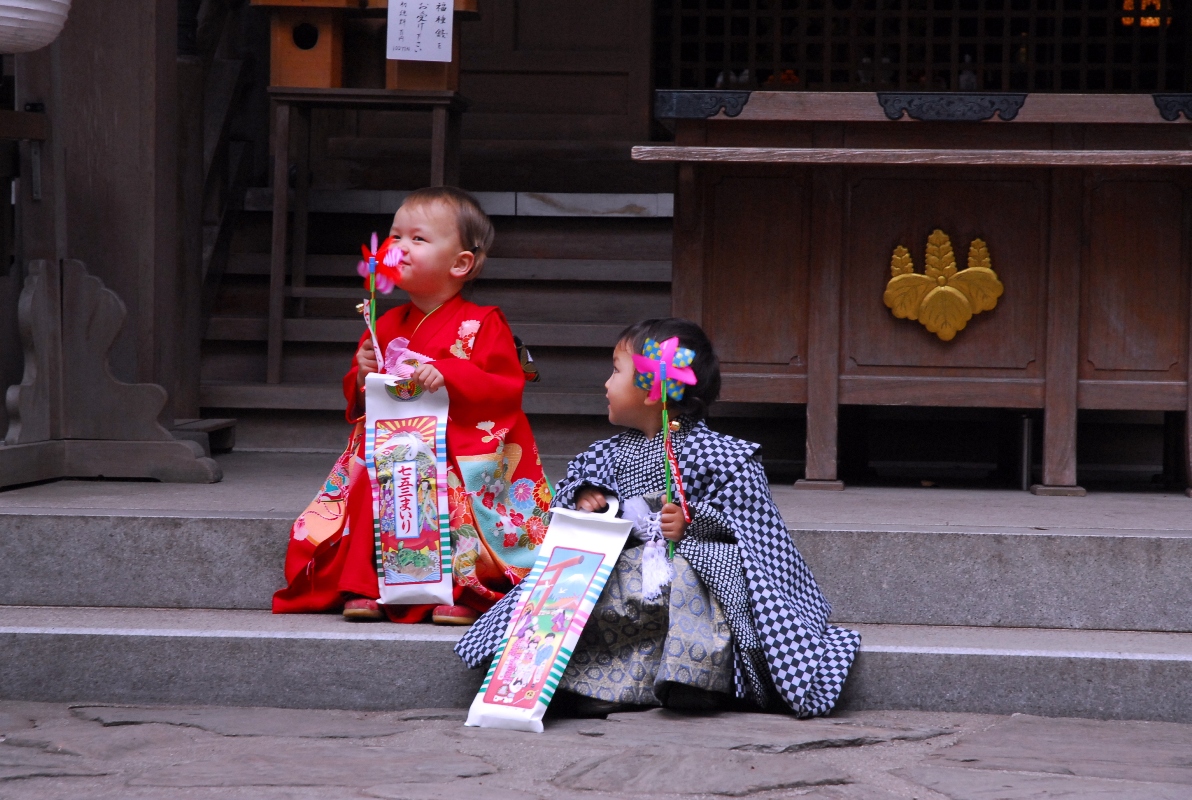 It’s a delightful festival celebrated in the middle of November in which children aged seven, five and three are dolled up in beautiful tiny kimonos and then they go to Shintō shrines as is the custom.

The last month of the year calls for a memorable farewell and a hopeful arrival of New Year. Most of the people are celebrating an end to a year and the beginning of a new one. The spirit of enjoyment can be seen everywhere from faces of people to the decorations on streets and buildings. 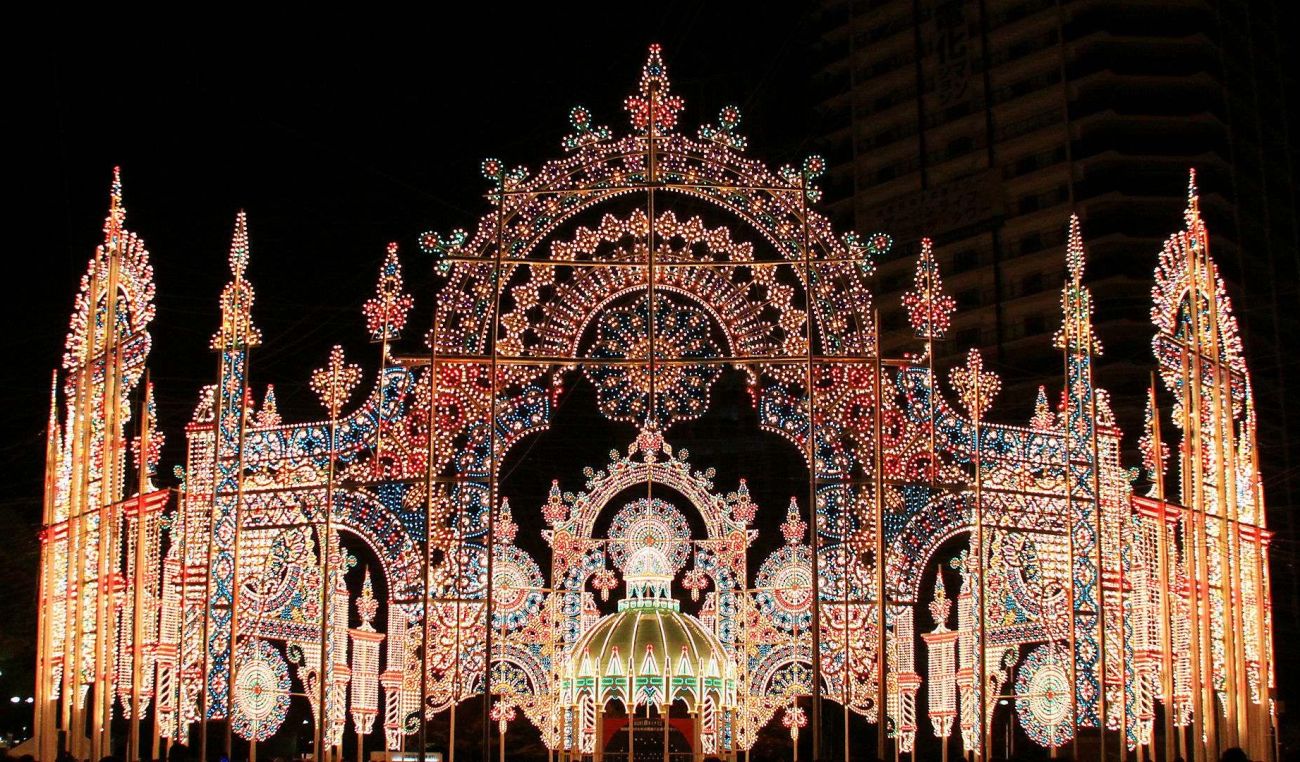 The streets in Kōbe are full of hard-to-take-your-eyes-off arches for Luminare celebrated in the beginning of December in order to honour those who lost their lives in the 1995 Great Hanshin Earthquake.

Joya-no-kane is observed at midnight of 31st December. A ritual is performed in which temple bells are rung 108 times all over Japan as a means to welcome the New Year.

Japanese believe that eating buckwheat noodles on New Year’s Eve brings good fortune and long life. They call this tradition toshikoshi soba. The longer the noodles the longer life the person eating this is believed to have.

As the New Year arrives, winter has already spread over the land and mountains like a fairy has sprinkled snow dust all over the land of the rising sun. It is also the beginning of the ski season.

The official holiday in Japan for the New Year is from 1st to 3rd January. This is the time when families spend some quality time together. They also do their ritual first shrine visit i.e. Hatsu-mōde on the occasion of New Year.

Celebrated on the second Monday of January, Coming-of-Age festival is the collective birthday of all those young ladies who turned 20 in the past year. On this day, the dazzling snow is complemented by the beautiful young women dressed-up in vibrantly coloured kimonos making their way to Shintō shrines to take part in ceremonies.

Skiing season that begins in January reaches its peak in one of the coldest months of the year. 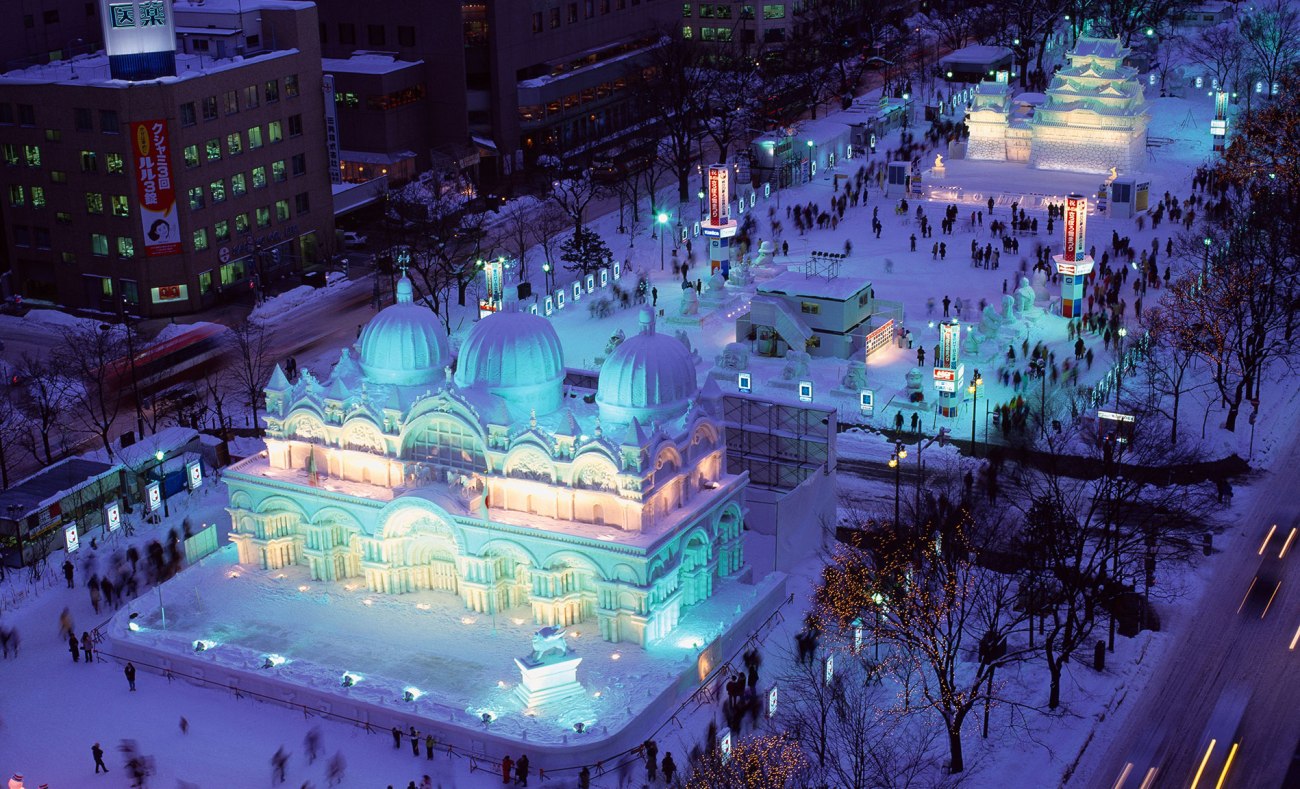 According to the traditional lunar calendar of Japan, 3rd February marks the change in the seasons from winter to spring. In the older days, this change was thought to bring evil spirits. The Japanese celebrate this day by visiting Buddhist shrines and tossing roasted beans while shouting ‘Oni wa soto! Fuku wa uchi!’(‘Devil out! Fortune in!’) to ward off evil.

Sapporo’s annual snow festival is one of the most popular festivals of Japan that draws around two million visitors every year. Tourists flock the happening city of Sapporo to enjoy the international snow sculpture contest, ice slides and mazes for kids.

Plum (ume) blossoms are the first signs of an end to winter season in Japan. People go to parks and gardens to marvel at the plum blossoms. The most popular spot to see plum blossoms is Kairaku-en in Mito but plum blossoms can be seen all over Japan.

Spring arrives gradually in Japan; slowly then all at once. In Japan, they have a saying for this eventual coming of spring “sankan-shion” (three days cold, four days warm). 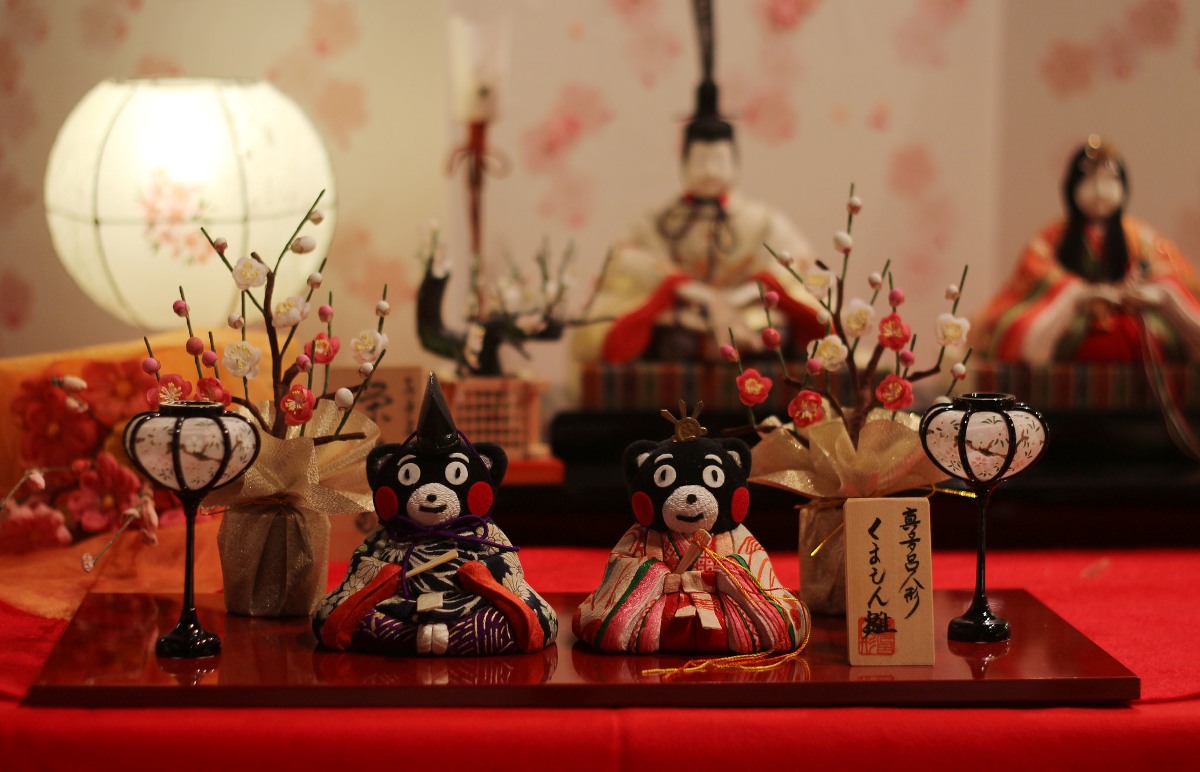 Japanese observe 3rd of March as Hina Matsuri or Girls’ Day. On this day, o-hina-sama (princess) dolls wrapped up in traditional royal attire

For all you anime fans out there, the world’s largest Japanese animation festival is held in Tokyo every year towards the end of March. Previously called the Tokyo International Anime Fair, Anime Japan has something for all anime enthusiasts and is one of the best things you can experience in the country that took the animation to a level of more than perfection.

The Part 2 of Festivals of Japan – April to September guide is out. Read it here.

Top 9 Souvenirs to Buy in Jordan

10 Most Beautiful & Famous Streets In The World