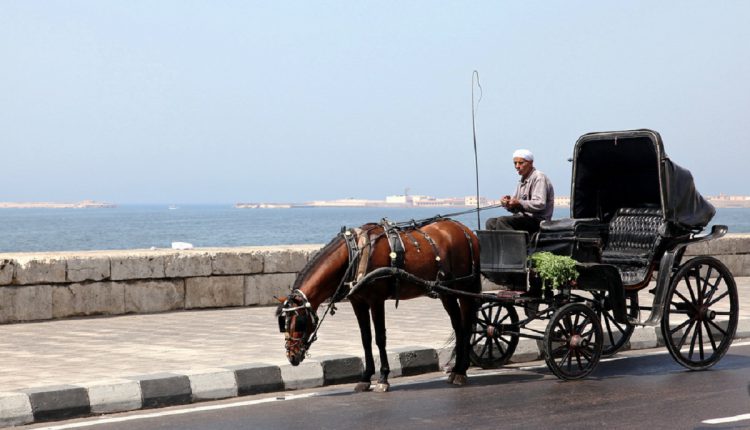 History and Egypt are inseparable but one destination in Egypt that is a real ancient wonder is the magnanimous Alexandria. Also referred to as the ‘Pearl of the Mediterranean’, Egypt’s second largest city often takes a back seat in favour of Cairo, the capital city and the hotspot for tourist. But, Alexandria is a city that holds wealth of exciting Egyptian culture and a visit to this city would bright you in tryst with the history as it was.

Things to Know about the Legendary City of Alexandria

Founded in 331 BC, Alexandria gets it name from its founder Alexander the Great.

Later, the city was ruled by one of the most famous female rulers of all time, Queen Cleopatra.

One of the Seven Wonders of the Ancient World, the Pharos lighthouse was the harbour entrance to this port city.

Alexandria’s Great Library has the ultimate collection of ancient knowledge within its walls and is knowledge powerhouse for history enthusiasts.

Places that are a Must in Your Alexandria Itinerary The Great Library of Alexandria is long gone but what remains is the futuristic Bibliotheca Alexandrina. Explore the city’s new-age library as you take in the massive realms of knowledge. The main building has millions of books. There are 6 small libraries including a children’s library and one filled with rare books. Don’t miss the CULTURAMA – a huge 180-degree computer screen that shows historic stories on both ancient and modern Egypt. Located just beside the Mediterranean coast, Fort-Qaitbey is a 15th century fortress that is home to the Pharos Lighthouse, one of the Seven Wonders of the Ancient World which was destroyed by the elements over time. The perfect seaside location allows you to enjoy the refreshing air as you walk the long stretch of walls. Plan a trip to Kom el Dikka to find a fascinating slice of Roman history and one of the most important discoveries in Egypt in the 20th century. This is the only known Roman amphitheater in Egypt. It was found accidentally in 1960 and its remains are well-preserved and a sight to behold. There are beautiful gardens that are as old as the palace. Built in 1892 by Abbas II, the last Khedive of Egypt and Sudan, the garden and the cool breeze from the sea create a nostalgic sense for the travellers.  The exterior blends Turkish style architecture with Florentine flair.  The palace building is not open to visitors but the garden is worth a visit.

Get Stunned by the Huge Structures: Pompey’s Pillar This is Alexandria’s landmark and one of the largest monolithic columns ever built. The 30m ancient Pompey’s Pillar was built to honor the Roman emperor Diocletian. Now it reminds travelers and history lovers the golden days of Egypt.