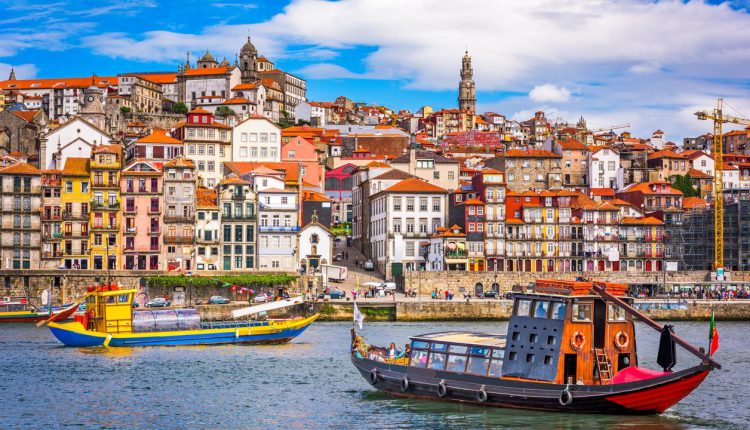 Lisbon, the capital of Portugal is a hidden gem. It is a stunning city nestled between seven hills. The city gets 200+ days of sunshine giving it the nickname of ‘City of Light’. The beach is right at its door with weather that would make most Caribbean islands run for their money. The historic city is making waves as the new ‘It’ holiday destination.

Things to do in Lisbon

Lisbon is well-known for its colorful trams. Hop on the most famous of all the trams, Tram 28, a bright yellow colored vintage tram, and discover the charming city. The tram starts from Martim Moniz and ends in Campo Ourique. It passes through the popular tourist areas. The tram is one of the most iconic ways of touring the city.

Being such a tourist-friendly route means that queues for Tram 28 are always long. To avoid the crowds, it’s best to go early in the morning before 11 am or opt for a walking tour on the same route as Tram 28.

Go for a walking tour around Alfama

Every city has a neighborhood which is considered as the oldest section, Lisbon is no exception. Alfama is the oldest and most famous neighborhood in Lisbon. The narrow cobblestoned streets and historic buildings have survived earthquakes, fires, and still, stand as tall as the day it was built. The oldest cathedral in Lisbon, Lisbon Cathedral, or simply called the Sé and the most famous attraction in Lisbon, the St. George’s Castle are both located in Alfama.

For a unique experience, the Portuguese Association for the Blind and Visually Impaired organizes a blindfold walking tour of Alfama for those who want to sense the aromas and noises of Lisbon’s most famous neighborhood

Watch the ocean come to life at Lisbon Oceanarium

Lisbon Oceanarium is the world’s largest saltwater oceanarium. With over 500 different types of marine creatures spread over 4 different tanks, the oceanarium is probably the most famous family-friendly attraction in Lisbon. The highlight of Lisbon Oceanarium is the massive central tank containing a huge variety of marine creatures including a rare sunfish. The outer enclosures have a large variety of adorable penguins and sea-otters.

The oceanarium is open throughout the year. Tickets are available on-site as well as online. But it’s better to book your tickets online to avoid long queues for the ticketing kiosks. It’s also advisable to avoid visiting the Oceanarium on the weekends during summer as it can get very busy.

Explore the historic neighborhood of Belém

The historic neighborhood of Belém is home to some of the most famous attractions in Lisbon. Here you’ll find the Jerónimos Monastery, a UNESCO World Heritage Site. The Belém Tower, another stunning UNESCO World Heritage Site, and an icon of Lisbon is also located in the same neighborhood. Other sights to see in Belém are the Discoveries Monument (a monument dedicated to Portugal’s 15th century Golden Age of Discovery), the Belém Palace (official residence of the President of Portugal), and the Fábrica dos Pastéis de Belém (home of the original custard tart).

Since Belém is a popular tourist attraction it gets pretty crowded during the weekends. It’s best to join an organized tour group instead of going alone since the place can get overwhelming with the crowds and sights.

Grab a bite at Time Out Market

Time Out is a massive food court inside the iconic Mercado da Ribeira, a market that has existed since the 1800s. It is now one of the hippest and coolest places to grab a bite. The food court has more than 40 stalls selling a variety of Portuguese food and drinks. The stalls were specially curated by Time Out magazine’s food critics to provide a space where people could get both Michelin food and simple street food under one roof.

Don’t forget to grab a bite of the iconic strawberry ice-cream from Lisbon’s most famous ice-cream place, the Santini. Other must-try dishes are the chocolate cake from Nós é Mais Bolos and a traditional meat platter from Croqueteria

Just a short half an hour ride away from Lisbon is the stunning and colorful National Palace of Pena. The palace sits high above the idyllic town of Sintra. This fairytale castle stands out in stark contrast to the green forest due to its bright colors. The interiors of the palace are just as opulent as the outside and covered in colorful tiles and frescoes. There’s also a lush garden with plants from all over the world that surrounds the palace.

Being one of the most popular sights in Portugal, the place is overcrowded on most days. It’s better to book your tickets online. The queue to get inside the palace can get crowded so it’s best to go during non-peak hours.

Feira da Ladra is a flea market located in Alfama district. It is one of the oldest markets in Lisbon and is the best place to shop for souvenirs. Dig deep and you’ll find heaps of antique treasures and azulejos or Portuguese tiles. You might also find bargain steals like rare second-hand books and vintage clothes. There are also a few stalls that sell handmade goods.

The market is open from Tuesday to Saturday from 9 am to 6 pm. It’s best to go in the morning since you’ll get better deals and make sure you always haggle for the price.

Get some sun at Praia de Carcavelos Beach

Praia de Carcavelos Beach is the most popular beach in all of Portugal. It is located a short 20-minute train ride away from Lisbon. The clear waters and soft sand attract the locals who flock to the beach during summer. The beach is also famous for its watersports as well as numerous restaurants and cafes along the promenade.

Bring a shopping bag if you are going to the beach on a Thursday. A large flea market is organized every week on Thursday right behind the beach. Expect to get all sorts of local products.

Food to eat in Lisbon

A trip to Lisbon is incomplete without tasting the famous pastéis de nata or egg tarts. This iconic heavenly dessert is easily identifiable by its yellow custard covering and is popular among locals and tourists alike.

Sardines are some of the most popular snacks in Portugal. The aroma of grilled sardines wafts throughout neighborhoods. It is either eaten alone or put in a sandwich or with potatoes and rice.

Bacalhau or dried salted codfish is one of the most popular dishes in Portugal. Often eaten as a snack on its own or mixed with other dishes, bacalhau is the ultimate comfort food for many Portuguese.

Caldo Verde is a hearty and filling soup made from potatoes, sausage, kale, or any green vegetables. This healthy and creamy soup is ubiquitous in Lisbon and is a popular dish to have before a meal or as a snack.

Portugal is home to the original Piri Piri chicken, a dish that has taken over the world. Getting a taste of the wonderful mix of spices with the marinated chicken grilled over an open flame in its home country is an experience you will never forget.

Best places to try- A Valenciana, Time Out Market, Cucurico

Places to stay in Lisbon

Valverde Hotel is a historic heritage hotel in the middle of the chic Avenida da Liberdade, an elegant 19th-century boulevard. The hotel is inspired by New York and London townhouses. The airport, as well as the train stations, are both a short cab ride away.

InterContinental Lisbon is a luxury hotel with breathtaking views of the Tagus River and the Eduardo VII Park. The stunning contemporary hotel is just 15 minutes away from the airport and located in the heart of Lisbon.

LX Boutique is a hip and chic hotel with stunning views of the Tagus River. The hotel is centrally located. The famous Time Out Market is just 2 minutes’ walk away and all the major attractions are within walking distance from the hotel.

The Lumiares is an 18th-century palace that has been turned into an apartment-style hotel. Each room comes attached with a fully equipped kitchenette. The hotel offers stunning views of the city and is walking distance from the city’s main attractions.

This is probably the best way to get around the city. Almost all the major attractions are situated within walking distance from each other.

Taxis are relatively expensive to use in Lisbon. So, it’s best to opt-out of it if you are tight on budget. If you have to use cabs, book an Uber.

Trains are a great choice for going to nearby places and towns like Sintra.

Trams are a great and fun way to get around the city. There are 6 tram lines with most of it being reserved for tourists.

Buses are probably the best way to get around Lisbon. They are cheaper than any other public transport. 78 bus lines run around the city from 7 am to midnight.

Best time to go to Lisbon

Lisbon has hot summers and wet winters. The best time to visit Lisbon is either from March to May or September to October when the weather is not too hot but not too wet either. The peak season is from June till September. If you want to avoid the tourist crowds, go during March to May.