Fantasy That is Reality

Have you ever experienced a yearning to be a part of a fantasy land or a magical world? I sure have. And I’m sure many of you must have felt this way while reading a book or watching a movie. Here’s a list of places in Canada especially curated for those who want to experience the settings of fairy stories and fantasy movies in reality.

The enchanted forest is a whimsical land with more than 350 folk figurines from various fairy tales that are hidden amongst the cedar trees as old as 800 years. 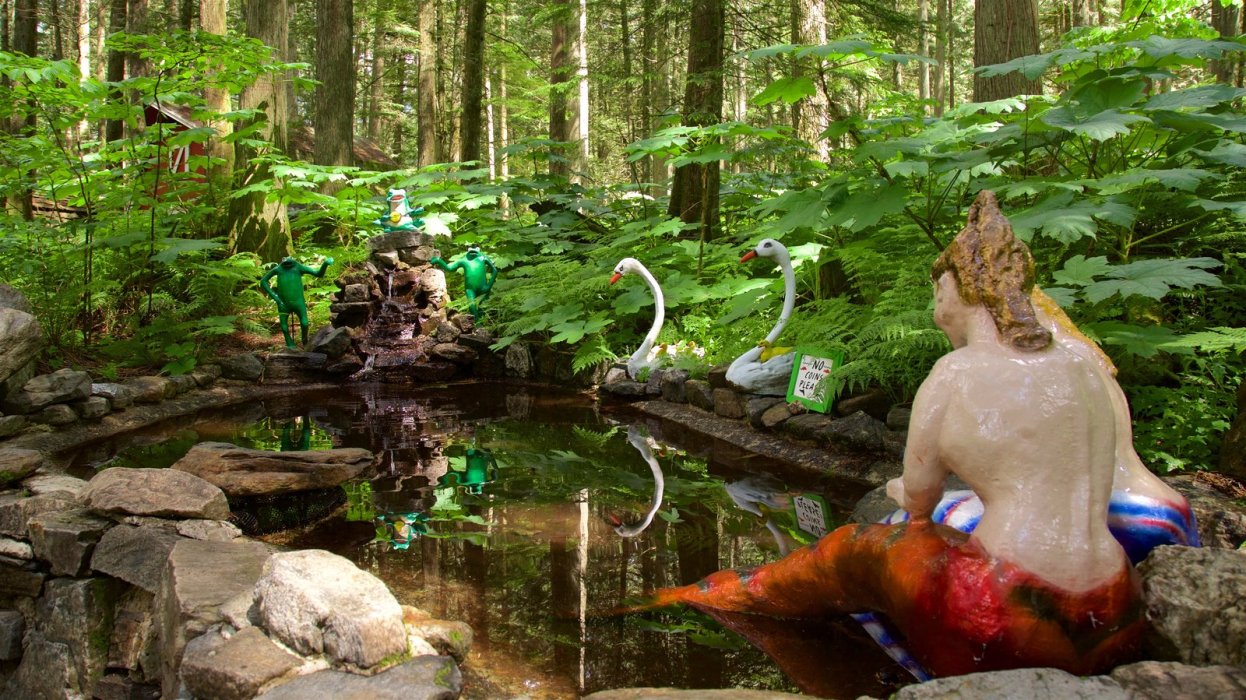 Who cast a magical spell on this forest?

An artist couple, Doris Needham and Ernest Needham bought this forest and created this unable-to-take-your-eyes-off fairyland with their sculpted figures from fairy stories and nursery rhymes. It was constructed in 1950s and was opened up for public in 1960.

Dragons lurking on your shoulders(metaphorically),

pirates skulking on the boulders;

pixies and dwarfs basking at the bottom of waterfalls,

and when you see Candy Cane house, you better answer its call;

a tree house, the tallest you’ll find in all of British Columbia on display;

while you go on beaver ponds for boating

and moose and caribou migrating.

Who’s up to wake up in Middle Earth’s fantasy? In hobbit-like enclosures of Tolkien’s land? No, I’m not kidding. You can have an “ultimate tree-house experience” in the forest in Vancouver Island. These suspended spherical tree houses are one of the most remarkable accommodations in the world. 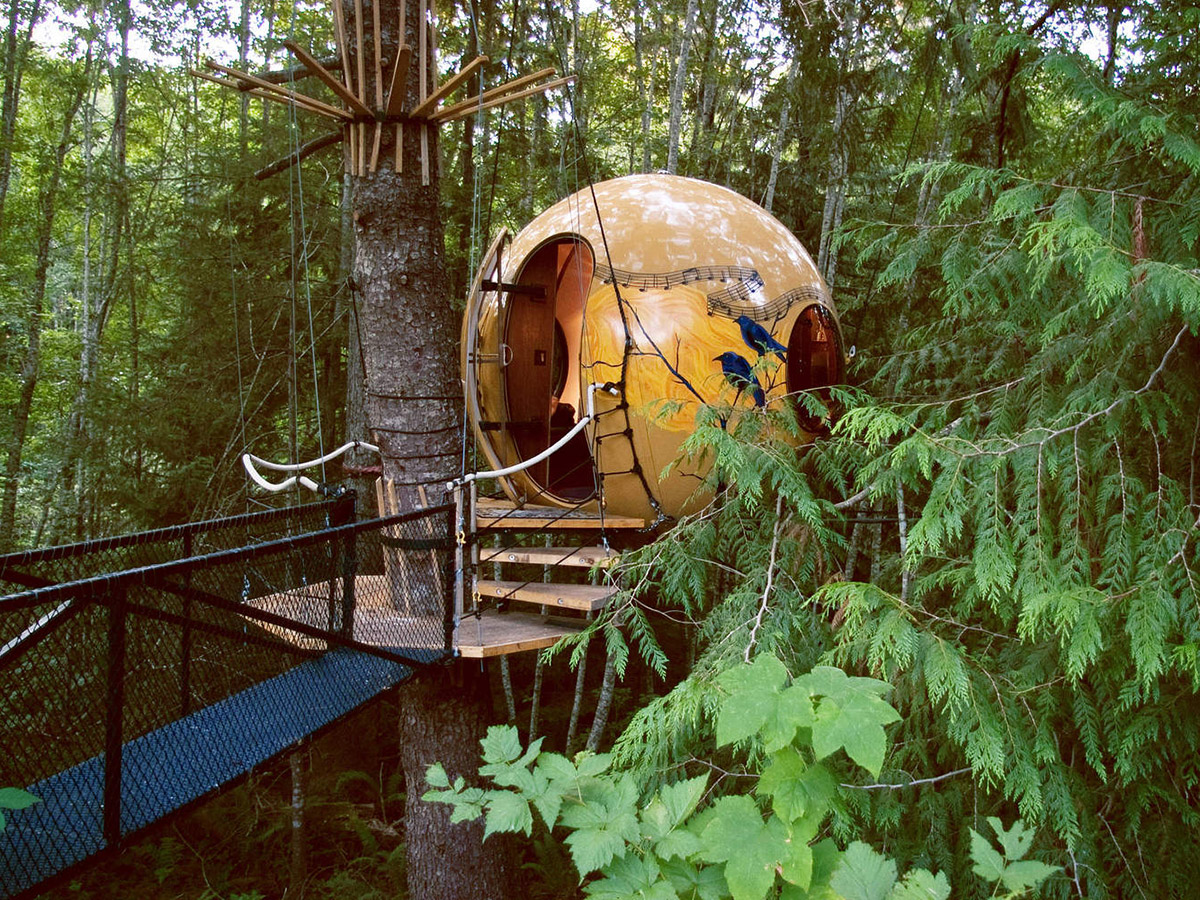 What are these exactly?

These orbs are largely influenced by sailboat construction methods and are constructed from fiberglass and wood. These are well furnished with portholes for windows, foldout tables are mirrors, curved loft beds and benches, and tiny appliances.

How long can you stay?

You can rent a free spirit sphere overnight or for as many nights as you want. And if you don’t want to stay there but just want to have a look at these, you’ll have to book an appointment because there are on private property. 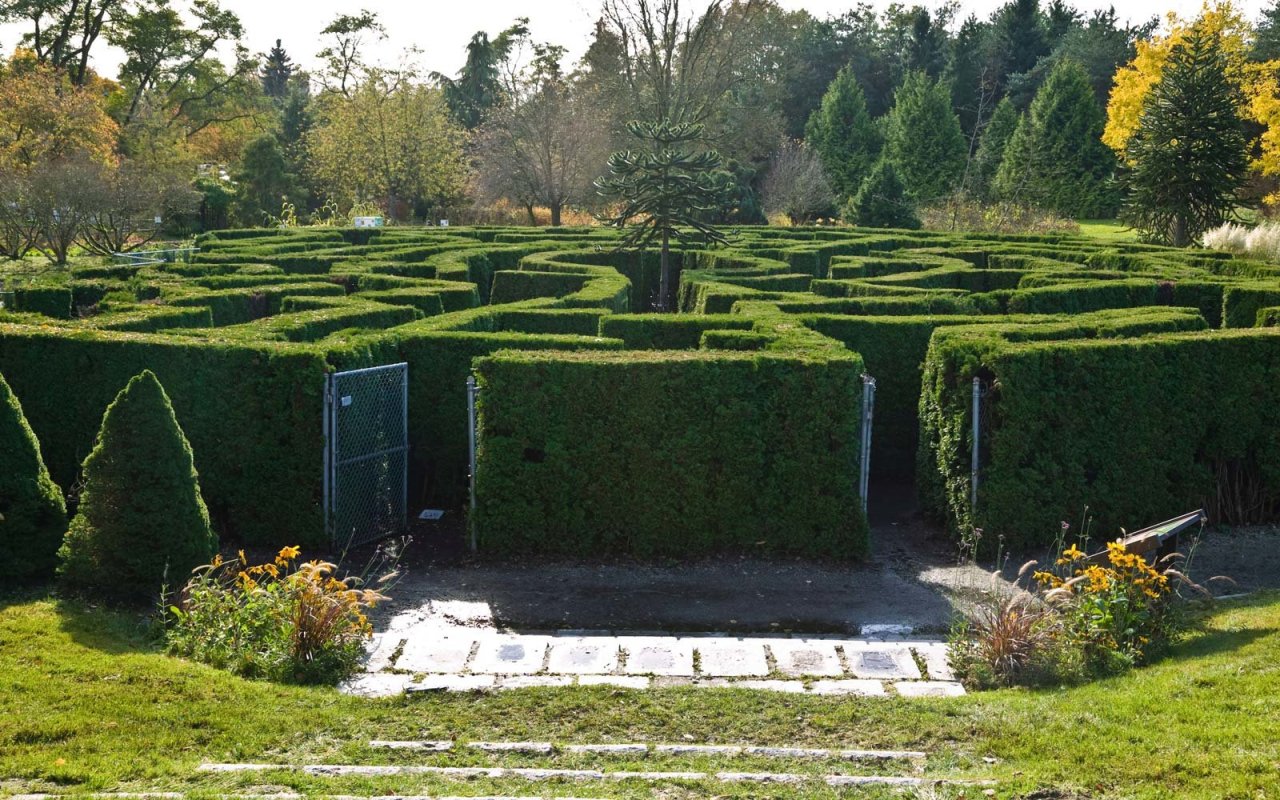 Mazes have fascinated humans since time immemorial. During ancient times, mazes were made in northern Europe to perplex evil spirits and in some places to symbolize the complex journey of life. The hedge maze became quite popular during Renaissance in England but for amusement purposes rather than any spiritual or religious purpose.

What’s so special about it?

VanDusen Garden in Vancouver Canada is one of the six Elizabethan hedge mazes of North America. The 3,000 pyramidal cedars (Thuja Occidentalis Fastigiata) were planted in 1981 which eventually grew into the maze that it is today. The maze is named after a local lumber magnate and philanthropist Whitford Julian VanDusen.

Moreover, the garden covers an area of 55 acres and displays plants from across the globe apart from the maze. And if you are someone who wouldn’t like to get lost in the maze, you can enjoy the view of the maze and the struggles of its inmates from the observation terrace.

Casa Loma is a castle with 98 rooms in Toronto including a huge library, an ornate plant-filled conservatory, 30 bathrooms and many other attractions. 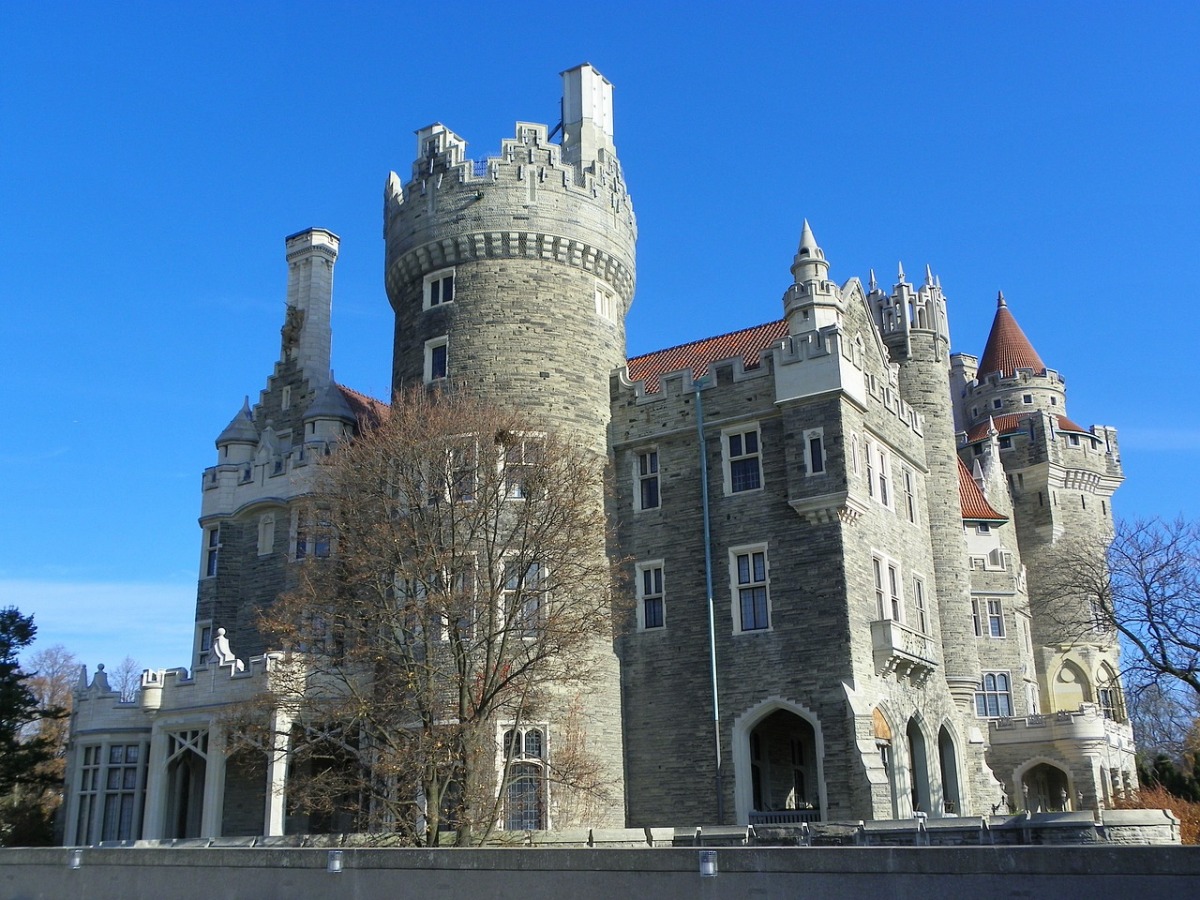 The story of its creator:

It was built by Sir Henry Mill Pellatt who became a multi-millionaire by establishing the Toronto Electric Light Company in 1883 that provided electricity to all of Toronto’s streetlights. However, he went bankrupt as the castle cost him a fortune and the Canadian electricity market became publicly owned. He had to sell a lot of his precious possessions at dirt cheap prices and eventually his financial situation became so worse that he was forced to even sell his beloved castle.

Today, the castle is a museum and a major tourist attraction. It is owned by the city. Even though Pellatt had to sell many of its valuable items, it still retains many of its original attributes.

Just so you know:

Many movies including “X-Men” have been filmed here.

In a grove of Aspens in Alticane, stand many of twisted trees. These trees have grown for hundreds of years in quite a strange way with short, twisted branches and trunks. This unique appearance has led to many names such as Trembling Aspen, Quaking Aspen, and Quaking Poplars. Even the slightest gush of wind can make all the leaves on these trees to shake and flutter in unison but every leave moves differently. And when it thunders, the grove becomes a real life horror movie.

Interesting thing is that this Aspen grove is surrounded by other Aspen groves with untwisted (read “normal”) trees. This has led to the emergence of many folktales about the particular nature of grove. 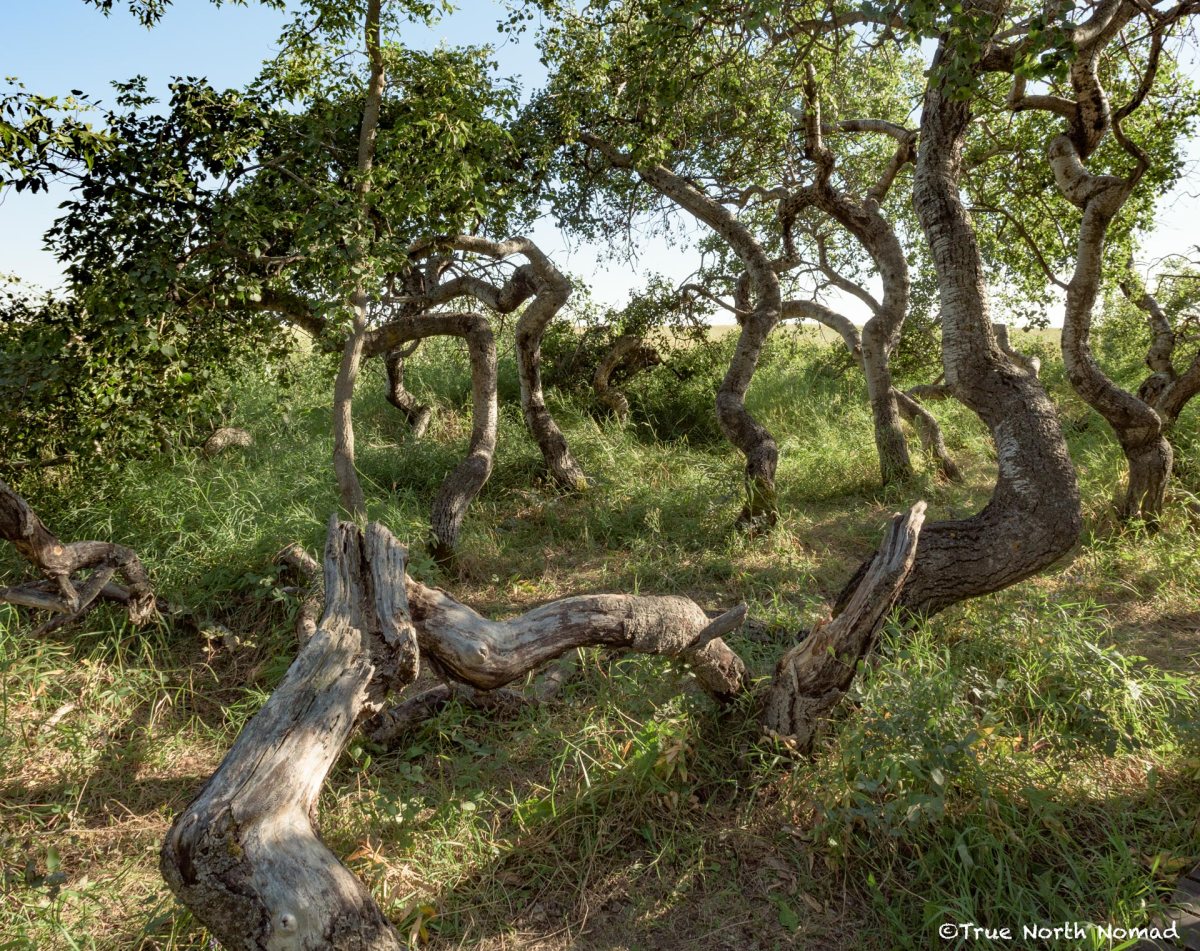 Set your Foot on Moon without Leaving the Earth!