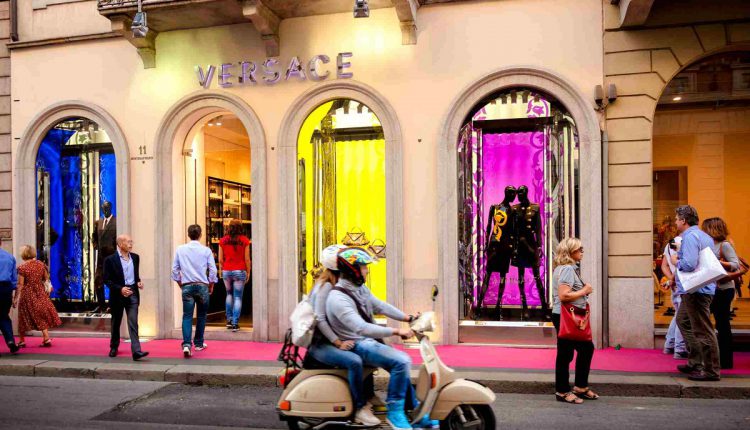 Milan, a global city, capital of Lombardy, and Italy’s second most-populated city, is renowned around the world as the Fashion capital. It stands tall amongst the other fashion giants like New York, Paris, and London. Home to fashion biggies like Valentino, Gucci, Versace, Prada, Armani, and Dolce & Gabbana, Milan has carved a unique place in the hearts of fashion aficionados.

So, when in Milan, your trip is genuinely incomplete if you do not indulge in some retail therapy. And yes, we know with so many options lined up, it is a daunting task to choose your starting point. To help you out of the confusion, we have made a guide of the top 5 places that will successfully satiate the shopaholic in you.

Your Fashion Guide in Milan

Galleria Vittorio Emanuele II is a significant landmark of Milan and its oldest active shopping mall. A four-storeyed and double arcaded structure stands tall connecting Milan’s other landmarks The Duomo and the Teatro Alla Scala. The gallery is home to luxury retailers selling haute couture, jewelry, books, and paintings, as well as restaurants, cafés, bars, and a hotel, the Town House Galleria. If you get tired with all the shopping, relax with a cup of coffee at Art Nouveau classic Camparino.

A unique Milanese tradition in Galleria includes a custom of rubbing your foot on the coat of arms present on the pavement on the left side of the octagon. This act is said to ward off evil, and it has become so famous with the tourists and locals that it has left a hole in the pavement.

Via Montenapoleone is one of the streets of most famous shopping district Quadrilatero Della Moda. Everything on this street is a definition of elegance, good taste, and luxury. Visit this street for exclusive Italian footwear and fashion titans like Cavalli, Gucci, Missoni, Versace, Ferragamo, and Hermès.

On this street, you get to marvel at the Palazzo Melzi di Cusano, the Palazzo Gavazzi, the Casa Carcassola Grandi, and the Palazzetto Taverna built using neoclassical architecture. Don’t forget to spend time at Caffè Cova, founded in 1817, which is Milan’s oldest cafè and confectioner.

Stepping on to this street, instantaneously transfers you into the glittery world of fashion. It is a part of the famous Fashion Quad along with Vie Montenapoleone, Corso Venezia, and Via Sant’Andrea. Via Della Spiga is closed for vehicles hence you can take a leisure stroll or better yet shop at boutiques and showrooms of Dolce and Gabbana, Prada, Roberto Cavalli, Moschino, Giorgio Armani, and many others international fashion labels. An unskippable street for that fashionista in you.

This central street that connects via Della Spiga and Via Montenapoleone is the final street comprising the Fashion Quad. It houses an eighteenth-century building Palazzo Morando Attendolo Bolognini, with gorgeous baroque architecture. The ground floor hosts many temporary exhibitions and the second-floor that hosts permanent exhibits dedicated to fashion with period costumes and an exquisite art gallery which gives a complete insight into the history of fashion in Milan.